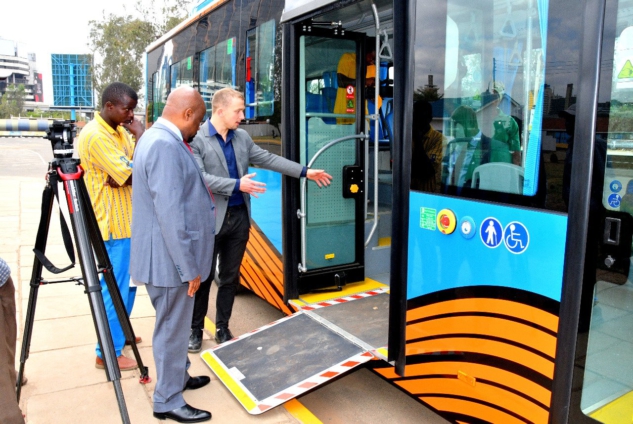 The company will for the next 12 months provide commuter services between the central business district and the city’s outskirts.

To begin with, Roam has unveiled one bus that can ferry 77 passengers.

It will be the first electric-powered bus to operate in Nairobi, a city of more than four million people.

It aims to bring on board a total of 100 buses within two years to be operated by a local provider and the Nairobi city authorities.

The launch is seen as part of a plan by the Kenyan government to launch a Bus Rapid Transport (BRT) system in the capital.

The electric bus dubbed "Roam Rapid Bus",is eco-friendly as it has zero emissions & fully depends on usage of Lithium batteries can be charged by use of solar panels or plug-in chargers deriving power from the grid. @Nairobi_News @COP27P @StockholmPlus50 @Kiptoock @TheStarKenya pic.twitter.com/GPaOVtqtmL

Roam says it is in the final stages of the tendering process which, if successful, will see it supply electric buses for the project.

Kenyan authorities have since 2019 failed to lure investors into the $825m (£733m) BRT project due to poor systematic policies.

A World Bank report suggests that unregulated competition from informal buses, minibuses and taxis, as well as difficulties in finalising compensation deals are among the reasons why there is little private-sector appetite to invest in the modern transport model.

Neighbouring Tanzania has been operating a BRT system in Dar es Salaam for the last six years and now has 210 buses, but none are electric.

DISCLAIMER: The Views, Comments, Opinions, Contributions and Statements made by Readers and Contributors on this platform do not necessarily represent the views or policy of Multimedia Group Limited.
Tags:
Kenya
Roam