Pressing and counter pressing will be the order of the day at the Ramon Sanchez Pizjuain When Jorge Sampaoli’s high intensity Sevilla play Luis Enrique’s Barcelona. Both teams have a similar approach as they look to outwit each other. This will be the third meeting between both sides in three months but the scripts are certainly meant to be different.Sampaoli’s side have slowly but surely assimilated his tactics and look a well knit unit well oiled and fluid with Samir Nasri as the fulcrum. Barcelona on the other hand look a pale shadow of themselves as the deadly MSN trio look disconnected with Sergio Busquets off form and the control and the "la pausa" of Iniesta missing.. 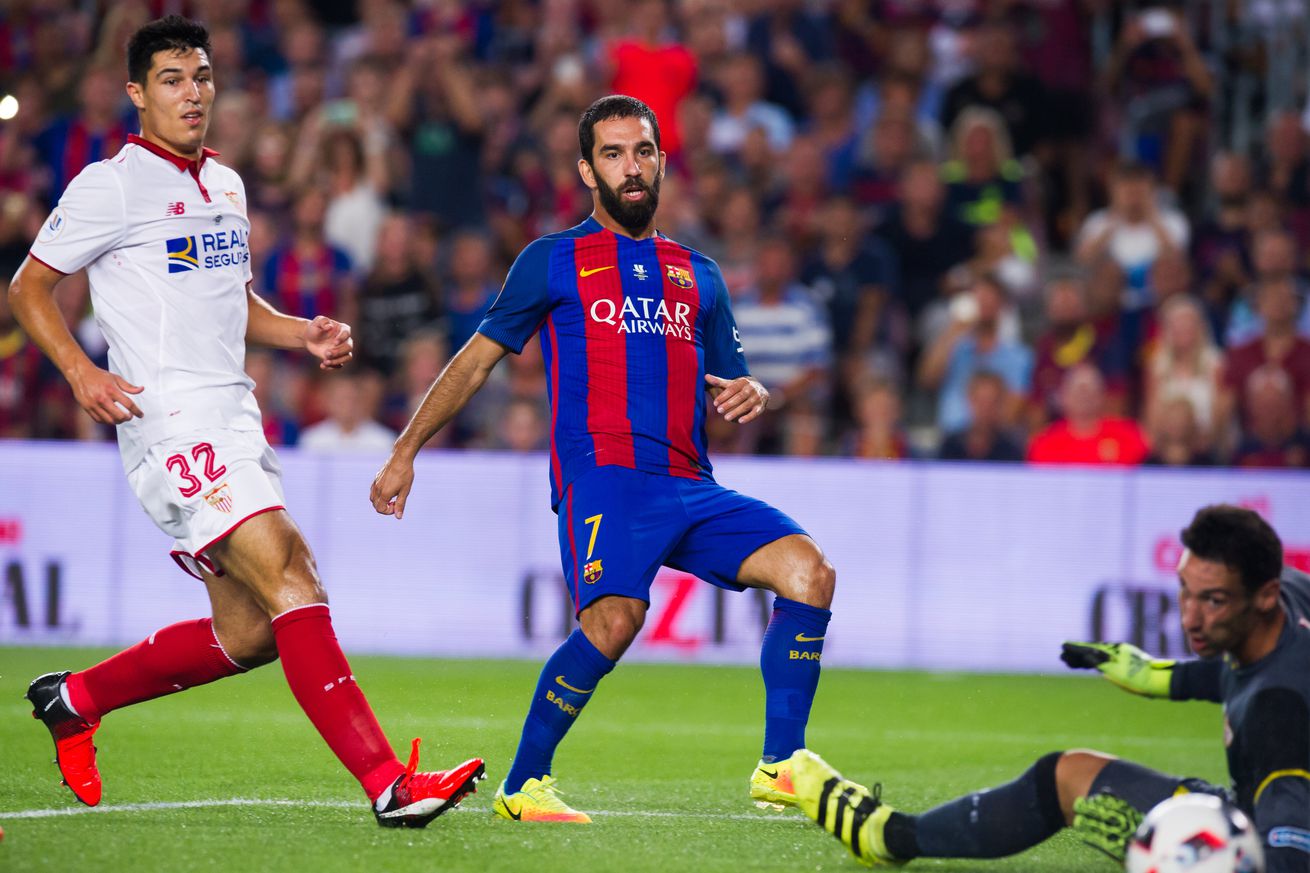 But before that, leaders Real Madrid play Leganes at the Santiago Burnabeau eager to do away with their disappointment in midweek.The European champions were expected to steam and roll over Legia Warsaw in the Champions League but to their dismay, they put up a lethargic performance needing a late Kovacic goal to restore parity.

Atletico Madrid travel to the Anoeta to play Real Sociedad while Espanyol host Ernesto Valverde’s Atlethic Bilbao.Kevin Prince Boateng will have the chance to continue his fine form when Las Palmas host Eibar in the Canary Island.

In Germany,  champions Bayern host Hoffenhaim at the Allianz Arena while Pierre Emerick Aubameuang is expected back in the Dortmund team to face Hamburg. Leverkusen play Darmstadt after the Champions League triumph over Tottenham and Freiburg host Wolfsburg.

In the Serie A, Juventus are away to Chievo Verona while Inter Milan play their first Serie A game without Frank de Boer when they host Crotone. Afriyie Acquah’s Torino host Cagliari while Agyeman Badu’s Udinese are away to Genoa. The game of this round will be inNaples when Napoli play Lazio.

In the Ligue 1,  PSG host Rennes with the aim of continuing the fine form but Lucien Favre and Mario Balotelli will hope to consolidate their lead at the top when they travel to the Stade Michel d’Ornano.

Alternatively, you can listen to the audio version put together by Kweku Arhin