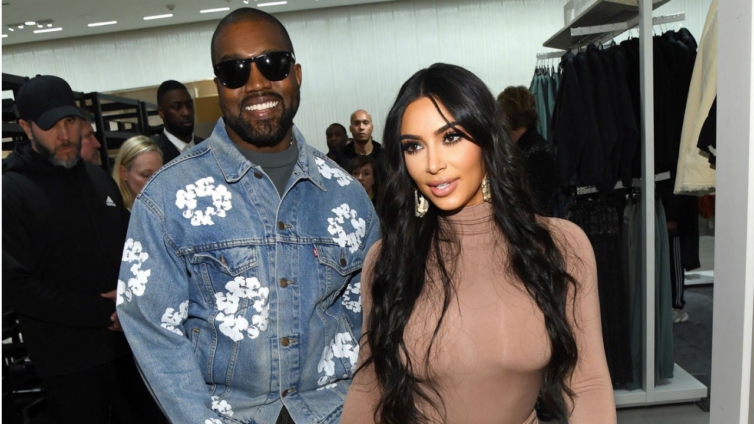 Kim Kardashian has filed documents to be declared legally single.

According to multiple reports, the reality-star-turned entrepreneur is currently awaiting a judge’s approval to be single amid her divorce from Kanye West. Kim is also asking for her maiden name to be restored and West to be dropped from her last name.

In filing this paperwork, Kim is asking the judge to separate her marital status from her and Kanye’s child custody and property issues. TMZ first reported the news.

Kim filed for divorce from Kanye in February after six years of marriage. She had asked for joint legal and physical custody of the couple’s four children — North, 8, Saint, 6, Chicago, 3, and Psalm, 2.

A source told ET at the time that the rapper was fine with the joint custody agreement and the two were committed to co-parenting together. The source also noted that neither Kim nor Kanye was planning to contest their prenup and they were in the process of reaching a property settlement agreement.

The former Keeping Up With the Kardashians star’s latest move comes a day after Kanye begged her to “run back” to him at his Los Angeles concert on Thursday. While performing “Runaway” during the Free Larry Hoover Benefit Concert with Drake, he updated the lyrics, singing, “I need you to run right back to me, more specifically, Kimberly.”

Kim, along with North, Kim’s mother, Kris Jenner, and her boyfriend, Corey Gamble, were in the audience at the concert. In recent months, the artist has expressed his desire to reunite with his estranged wife.

“My kids want their parents to stay together. I want us to be together,” he said during a Drink Champs. “But if you look at the media, that’s not what they’re promoting. They want it to be a new wedding, a new episode, a new TV show. And then they have people all around in my wife’s ear.”

While Kim has been supportive of Kanye, attending his shows and co-parenting, she has moved on and is dating Pete Davidson. She and the Saturday Night Live star have been spotted on several dates together in the past weeks.

“Kim has been protective of Kanye and his feelings and has been trying to keep her hangouts with Pete low-key because she doesn’t know how he will react,” a source recently told ET.