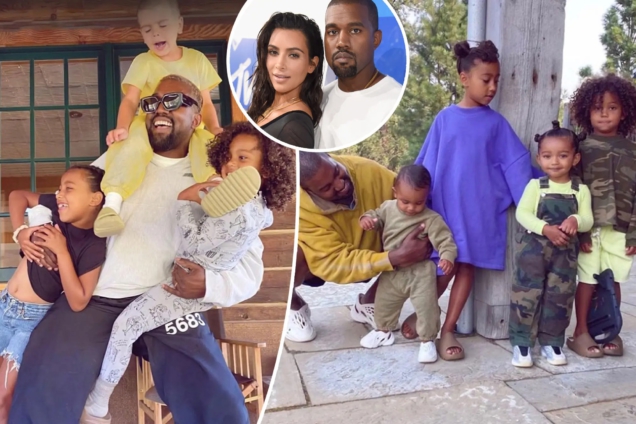 “Thank you for being the best dad to our babies and loving them the way you do! Happy Father’s Day Ye ✨,” the reality star, 41, wrote in a post shared to her Instagram Stories on Sunday.

The Skims founder also honoured her late father, Robert Kardashian, and gave a shout-out to “best step dad” Caitlyn Jenner for raising her and her famous siblings with mom Kris Jenner.

“The kids asked me how I would celebrate with you today if you’re all the way up in heaven,” Kim captioned one of her pics with Robert, who died in 2003 at the age of 59.

“They have [sic] me the cutest suggestions 🤗 I miss you and love with all my soul ✨♾.”

As earlier reported, Kim filed for divorce from West in February 2021 after nearly seven years of marriage. The two were declared legally single in March.

Kim has since moved on with “Saturday Night Live” alum Pete Davidson. She and the comedian started dating after she hosted the sketch comedy show in October 2021. The two became Instagram-official in March and have been packing on the PDA ever since.

At the beginning of their relationship, West couldn’t seem to hide his disapproval of Kim’s new beau, often taking to social media to make digs at Davidson (whom he nicknamed “Skete”) in since-deleted posts.

The rapper even criticized the “King of Staten Island” star, 28, in the lyrics and music videos for his song “Eazy” with The Game.

The feud at one point got so heated that Davidson publicly shared screenshots from a text convo he had with West (via his pal Dave Sirus) regarding Kim and the kids.

“Yo it’s Skete. Can you please take a second and calm down. It’s 8am and it don’t gotta be like this,” Davidson texted West in March.

“Kim is literally the best mother I’ve ever met. What she does for those kids is amazing and you are so f–king lucky that she’s your kids mom,” he continued.

“I’ve decided I’m not gonna let you treat us this way anymore and I’m done being quiet. Grow the f**k up.”