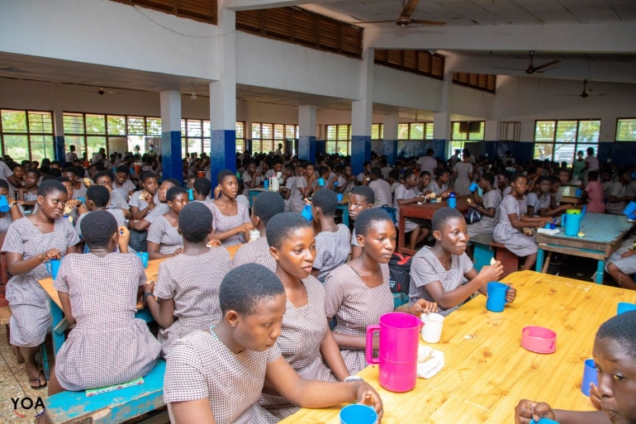 A father of a senior high school student has complained about how students are fed in the facilities.

According to him, his ward is being fed porridge (‘Koko’) without sugar for breakfast due to the shortage of food supplies.

The agitated parent who was speaking on Joy FM’s Super Morning Show said sometimes the students are fed just once a day.

“Our children are very hungry. They wrote the exams on empty stomachs. They give them just a ladle of ‘koko’ without bread, groundnut and sometimes no sugar,” he said on Wednesday.

JoyNews/AdomNews · My son is given koko without sugar – Parent

Describing the situation as appalling the worried parent called on government to address the challenge as soon as possible.

“If the child, the centre of education is suffering then what kind of system are we running? We are gradually teaching these students to steal because they are hungry,” he added.

He also criticised the government for victimizing head teachers who publicise these shortfalls in their various institutions.

Food shortage has been a topical issue in secondary schools for weeks now.

Some selected food items have not been delivered to various schools causing students to live on the scanty foodstuff left.

The situation caused the Upper West Regional Chapter of the Conference of Heads of Assisted Secondary Schools (CHASS) to issue a seven-day ultimatum for the delivery to be made.

Subsequently, government assured schools that trucks full of supplies have been dispatched.

However, the Education Ministry’s Public Relations Officer, Kwesi Kwarteng has revealed that there have been challenges with delivery.

The development has caused agitation amongst Heads of Schools across the country.

With the Eastern Regional Chapter of CHASS becoming the latest to serve notice of a possible shutdown of the schools if the supplies are not delivered by the end of the week.

DISCLAIMER: The Views, Comments, Opinions, Contributions and Statements made by Readers and Contributors on this platform do not necessarily represent the views or policy of Multimedia Group Limited.
Tags:
Food shortage
Koko
Porridge
Senior High School