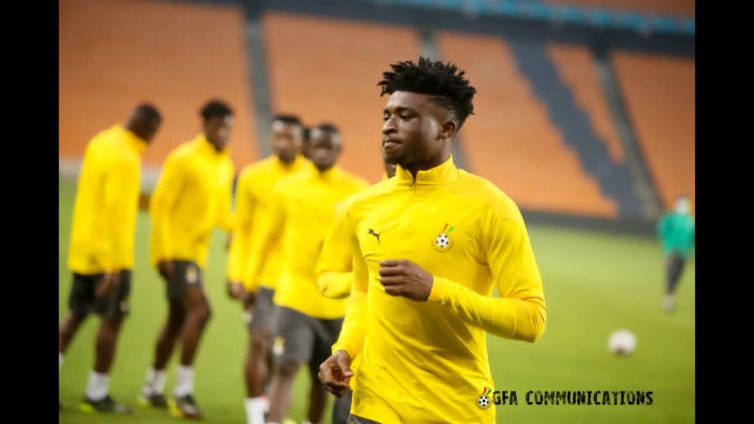 The midfielder was named in Milovan Rajevac’s final 28-man squad for the 2021 Africa Cup of Nations despite continuing his recovery from an injury.

Kudus has not played a game for both club and country after coming off injured in Ghana’s 2022 FIFA World Cup qualifier win over South Africa in November last year.

The 21-year-old joined his club on their mid-season tour to Portugal as the national team jetted off to Yaounde for the start of the competition.

Earlier before the game against Morocco, the head coach of the Black Stars, during his presser was confident of having the player join the team during the course of the tournament.

“Kudus got injured in our last game against SA, he started training recently with his club (Ajax) so we are expecting him to join us in the coming days, a week’s time when he is fully fit and hopefully we can count on him as the tournament progresses,” the Serbian said.

Contrary to reports Kudus is expected to arrive on Wednesday, Joy Sports’ George Addo reports from Cameroon that the talented midfielder will join the team this week, though no definite day has been stated.

Kudus’ imminent arrival will be a huge boost for Rajevac, who is hoping for a positive reaction from his team against Gabon on Friday, following the lost to the Atlas Lions in their opening game.