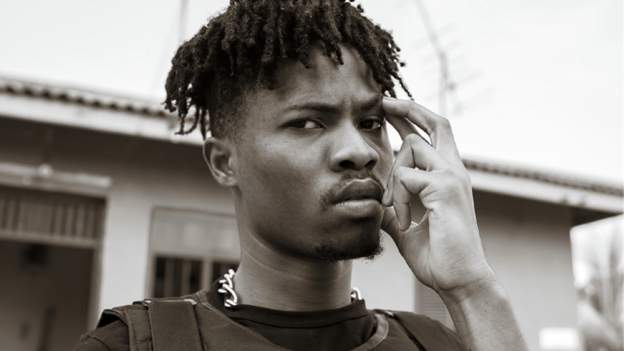 Kwesi Arthur is one of Ghana’s most successful artists. This rapper, singer and songwriter rose to fame in 2017 with the hit song Grind Day, and from there he’s gone on to win Hip Hop Song of the Year and Rapper of the Year at the Ghana Music Awards.

He is also just the second Ghanaian rapper to be nominated for the American Black Entertainment Television Awards after Sarkodie.

He has just dropped his first studio album Son of Jacob, a title he said came to him when contemplating his Akan culture.

I feel like I’m a son of Jacob because I’m an Akan. The Akans have similar cultural practices to the Israelites. We circumcise our male children on the eighth day and oral traditions kind of connect to the Israelites in the Bible.”

He claims his story is similar to that of the Biblical character Joseph who was the son of Jacob.

“Joseph was kind of sold out by his brothers and stuff, and he had to redeem himself through a dream. I get my stuff in dreams sometimes as well.”

But Son of Jacob is not a religious album.

An example of this is the track Silver Spoon in which he sings about the loss of his grandmother. He reflects on the fact that they weren’t born into riches but still fight to make the best out of their situation.

“We are not letting loss hold us down and we’ll keep going regardless, though we’re not from silver spoons.”

Kwesi Arthur had a close relationship with his grandmother whom he says loved people, and even took them in when they had nowhere to stay.

“Though she was a woman I would say she was like the patriarch of our family. She decided to move from the village where she was born, to the city in search of a better life for her kids.”

She moved to Tema, which the artist feels had a big impact on shaping who he is today.

Ironically Kwesi Arthur’s introduction to a recording career came as a result of unpaid school fees which prevented him from going to university.

“After completing senior high school, you have to wait for a while before getting your results here in Ghana. I applied to go to the University of Ghana but my results were blocked because my fees at my secondary school weren’t paid.”

So Kwesi Arthur went to talk to the owner of a local studio and offered to manage and clean the place in exchange for being taught how to record and produce. In his free time he used to record himself. In 2016, he met management from Ground Up Chale, a social media movement for young artists in West Africa, where he recorded his hit record Grind Day at their studios a year later.

He went on to release a remix of the song featuring Sarkodie and Medikal.

His style was influenced by the music of the Canadian rapper Drake.

“His lyrics were so relatable to us. People usually brag with rap. It was usually about unrelatable stories to us. So I decided to talk from our perspective.”

Son of Jacob has some big collaborations on it with the likes of Teni and Adekunle Gold from Nigeria, and British rapper M Huncho. He also features his brother Dayonthetrack, also a musician.

“Working with my brother is always great. We grew up together, he knows me more than everyone. So it’s always great to share a mic with someone you shared almost everything with growing up. And he’s super talented as well.”

Despite his success, Kwesi Arthur is humble about his achievements. He says he is most proud about bringing joy to his neighbourhood by doing a show there, and putting his sister through school.

“If it wasn’t for this music, I don’t know where I’d have been.”