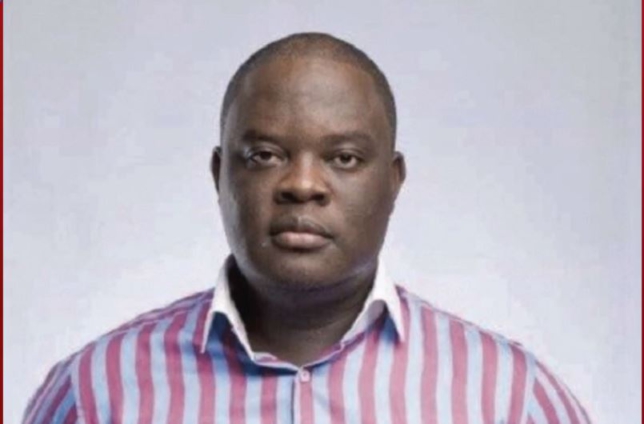 The President of the Chamber of Freight and Trade (CFT), Dennis Sefah has debunked the assertion that frozen foods company, Labianca Company Limited did not apply for custom advance ruling.

This follows the revelation by the Office of the Special Prosecutor that Labianca failed to apply for customs advance ruling under Section 12 of the Customs Act (Act 891).

Speaking in an interview on Joy FM’s Top Story on Wednesday, Mr. Sefah insisted that the Labianca company applied for the advance ruling, adding that there are letters to confirm his claim.

According to him, the application letters were even approved by Customs.

“That is why Labianca will also come out and show the application letters that in fact, they did write…,” he added.

When asked why Labianca failed to provide the letters when asked by OSP, he replied saying “they said they did.”

Earlier in a release, CFT decried what it calls an attempt by the Office of the Special Prosecutor (OSP) to link Ms. Eunice Jacqueline Buah Asomah-Hinneh to an alleged act of influence peddling.

The organisation said this “is a clear case of give a dog a bad name and hang it.”

CFT stated that the GRA and the Labianca Group of Companies did no wrong, “The chamber strongly believes that both Labianca and the Customs division of GRA acted in accordance to the Laws of Ghana, specifically the Customs Act 2015 (Act 891).

“It is never out of place or illegal for any importer for this matter Labianca Company Limited to engage Customs after the first three years of operations for “customs advance ruling” under Section 12 of the Customs Act (Act 891).”

The CFT further noted that, “The company or their Agents may not have known that there is a provision in the Customs Act that allow for an engagement with Customs for value acceptance within their first three years of operations.”

It stressed that, “This provision in the Customs Act does not in any way discriminate against any person on condition of their position, religion, status, tribe, Colour or creed, it is open to every importer and exporter, Ghanaians and foreigners. Hence the link of the application of the law to the position of the director and owner of the company is neither here nor there. By Law the Customs Division of the GRA are the only agency mandated for the classification and valuation of Cargo that are imported or exported out of Ghana, Sections 66 and 67 of Act 891 in reference. Importer like Labianca has no hand in the method of valuation and values customs may apply to their cargo at all time.”

According to the Chamber, “Over the years Labianca has been applying to Customs to engage them in Customs advance ruling under Section 12 of the Customs Act (Act 891). Customs have the authority to either accept or reject the applications and write to the company indicating reasons for rejection or acceptance. At no point during the investigation did the customs division of the GRA state that they approved the application under duress or based on the influence of the director of the company hence it is surprising and factually inaccurate for the OSP to come to the conclusion of influence peddling.”

Meanwhile, the Customs Division of the Ghana Revenue Authority has cast doubt on the Office of the Special Prosecutor’s claims of corruption against some of its officials in the case of Labianca Company.

Speaking at the Customs Division Management Retreat at Kumasi, the Commissioner of Customs, Col. Kwadwo Damoah (Rtd) insists the report of the Special Prosecutor was released with malicious intent.

On 16 November 2021, the OSP received a written complaint from one Frank Asare against Labianca Group of Companies and its subsidiaries and Customs Division.

According to the report, the complainant alleged ongoing corrupt, illegal and questionable dealings between Labianca and the Customs Division resulting in unlawful markdown or reduction of benchmark values of frozen food products imported by Labianca under the guise of customs advance rulings.

The complainant also noted that the unlawful markdowns or reductions of benchmark values were chiefly because the beneficial owner of Labianca wields political influence.

The OSP says following the petition, it began its preliminary investigation into the matter in accordance with regulation 5 of the Office of the Special Prosecutor (Operations) Regulations, 2018.

The OSP subsequently interviewed parties connected to the issue before publishing the report and its findings.