Lands Ministry to present proposals for reforms in the mining industry - MyJoyOnline.com

Lands Ministry to present proposals for reforms in the mining industry 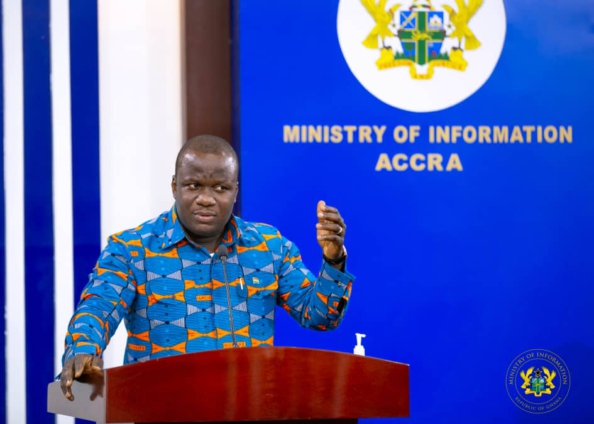 The Ministry of Lands and Natural Resources will soon table proposals before Cabinet to reform the country’s mining industry.

Samuel Abu Jinapor, the sector Minister, who said this at a media briefing in Accra on Wednesday, said the reforms would focus on amending the laws regarding the licensing, issuance of permits, sanctioning, and enforcement regimes in the mining sector.

“In a matter of weeks, we will go before the Cabinet with a set of proposals for amendment and reforms in the mining industry to make the laws more punitive, with the ultimate objective of sanitizing the sector”.

Mr Jinapor said it had already begun engagement with industry players to enable them to make inputs towards the reforms, adding that, government’s goal was to ensure transparency and integrity in the sector.

Responding to the allegations raised by the Assin Central MP, Kennedy Agyepong that some top government officials were engaging in illegal mining, the sector Minister said, he was prepared to talk to the outspoken legislator to disclose their names and deal with culprits decisively.

He said government was battle-ready and prepared to rid the country’s water bodies and forest reserves of persons and logistics involved in illegal mining.

He noted that although there had been lots of criticisms and resistance from certain quarters over the military operations on water bodies and forest reserves, government took the hard decision to protect them from destruction for the sake of the present and future generations.

Phase three of ‘Operation Halt II’ started from May 14 and ended on May 17, 2021, with deployment of 561 soldiers of all ranks to the tributaries of River Pra, Birim River, Oda River, and River Ofin, which covered Western, Central, Ashanti and Eastern regions.

The four-day operation, under the command of Brigadier-General Michael Ayisi Amoah, Commanding the Southern Command, led to the destruction of 49 excavators, 228 Changfans(floating platforms), 87 water pumping machines and 76 wooden structures.

The rest were seven generators, six motorbikes and one hunter’s gun.  One Chinese national was arrested for engaging in illegal mining and would soon be arraigned before court for prosecution.

Mr Jinapor said it was government’s ambition to ensure viable and sustainable mining practices and would work tirelessly towards achieving success in the small-scale mining enterprise.

On his part, Defence Minister, Dominic Nitiwul said the 561 all rank military officers were mandated to protect the water bodies and forest cover by riding off any persons and logistics involved in illegal mining.

He said the soldiers executed their mandate satisfactorily without targeting anyone based on the person’s political colouration.

The Minister said if the nation did not take immediate action against the galamsey menace, the country may lose the Rivers in the southern belt of the country in the next three to four years.

He said it was imperative for all Ghanaians to collectively deal with the illegal mining once and for all.

Mr Nitiwul gave the assurance that the military operation would be sustained until the water bodies returned to their natural state and trees planted on the mined areas.

He said government would not guarantee the safety of those who may return to the rivers and forest reserves to do illegal mining at night.

He, therefore, cautioned the citizenry to stay away from all “red zone” areas, saying that Government’s primary goal was to sanitize the environment and ensure viable and sustainable mining practices.

The Minister said, “no amount of public relations efforts or gimmicks employed by the illegal miners would deter government from fighting the galamsey menace”.