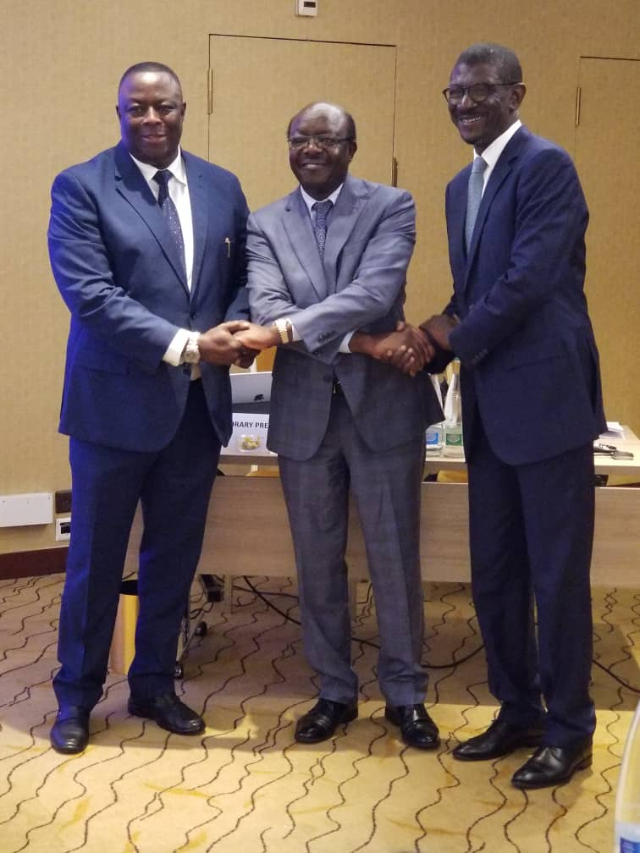 The Chief Executive Officer of Ghana Export-Import Bank, (GEXIM), Lawrence Agyinsem has been elected as the president of the Global Network of Export-Import Banks and Development Finance Institutions, (G-NEXID) in Geneva, Switzerland.

Mr Agyinsem takes over the mantle of leadership from his counterpart in Nigeria, Abubakar Abba Bello.

Lawrence Agyinsem has pledged to work hard to expand the frontiers of the organization to increase trade finance and development among members.

He said trade tension and geopolitics being witnessed now in the world indicate that trade and investment between Africa and Asia hold the key to job creation and development in the south – south corridor.

He added that trade in agribusiness in Africa as at 2018 stood at $6 billion and called for investors from Africa and Asia to take advantage of the development.

The presidency of G-NEXID is a two- year term position renewable for another two years.

He urged members to accelerate moves to deepen trade among countries in the south – south corridor in the world. The new president of G-NEXID,

One of the objectives of G-NEXID is capacity building and sharing of best practices.

During the annual general meeting in Switzerland, Ghana will make a presentation titled ‘drawing synergies from partner organizations to promote industrialization: the experience of Ghana Exim Bank.’

The meeting in Geneva