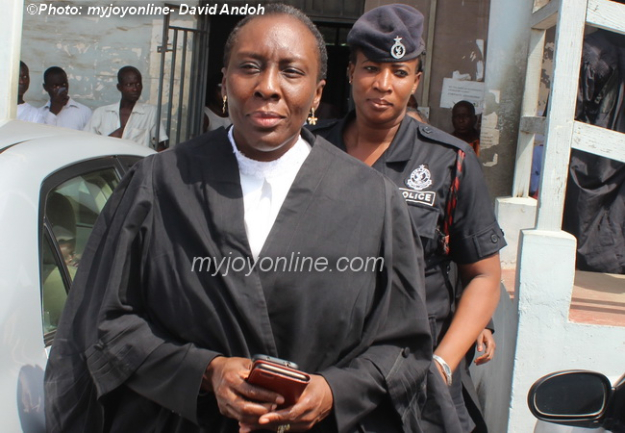 An Accra-based legal practitioner has filed a writ at the Supreme Court seeking to injunct the president from granting the Montie 3 pardon.

Elikplim L. Agbemava wants the Court to stop President John Mahama from considering a petition brought to him by lawyers of the two radio panelists and a show host.

The petitioners are asking the President to invoke his powers under Article 72 of the Constitution and grant Alistair Nelson, Godwin Ako Gunn and Salifu Maase, alias Mugabe, pardon.

The three are serving a four months’ prison sentence for contempt of court.

They had threatened to kill judges hearing a case brought by former PNC Youth Organiser Abu Ramadan and another, Evans Nimako.

The convicts believed the judges to be unduly entertaining the two and giving judgments against the Electoral Commission.

Convinced that the judges were motivated by partisan considerations, the three issued the threats on a political discussion programme on Accra-based Montie FM.

Unable to justify their comments, they pleaded guilty of charges of contempt brought against them Supreme Court.

They were convicted on their own pleas and sentenced to four months’ imprisonment and fined 10,000 Ghana cedis each.

Supporters of the governing National Democratic Congress (NDC) and government appointees described the sentences as excessive and petitioned President Mahama to grant them pardon.

The Chief of Staff, Julius Debrah, who received the petition on half of the president has forwarded it to the Council of State for advice.

In a suit filed Monday, August 15, 2016, Elikplim Agbemava is contending amongst others that, "On a true and proper interpretation of Article 72 and 296 of the Constitution, the exercise of the power of prerogative of mercy ought to be governed by regulations that set out, in an open and transparent manner, the grounds and requirements for the submission and consideration of applications for pardon to ensure certainty, consistency, and fairness in the process that leads to the grant of pardons."

He wants an interlocutory injunction to restrian the President in consultation with the Council of State from taking a final decision on the Petition submitted on behalf of the three persons convicted for contempt by the Supreme Court until the final determination of this suit.

The Attorney-General, Mrs Marietta Brew Appiah-Opong has 14 days within which to respond to the suit.