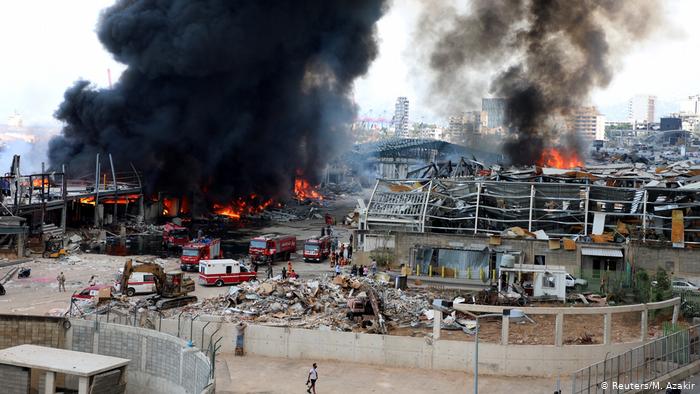 The caretaker prime minister has been accused of negligence in relation to the blast on August 4 that killed more than 200 people. Three former ministers are also facing charges.

Hassan Diab resigned as PM a few days after the explosion but has since stayed on in an interim capacity. Finance Minister Ali Hassan Khalil, as well as Ghazi Zeiter and Youssef Fenianos, both former ministers of public works, have also been charged.

All four were accused of carelessness and negligence leading to the death of over 200 people and injuring thousands more.

Diab ‘has a clear conscience’

Fadi Sawan, the judge investigating the blast, is set to question Diab at his office at the governmental palace in downtown Beirut on Monday. Sawan has also called in the other three ministers for questioning on Monday, Tuesday and Wednesday, also as defendants.

“The prime minister has a clear conscience and is confident of his integrity as well as his responsible and transparent handling of the file of the Beirut port explosion,” Diab’s office said in a statement on Thursday.

The explosion on August 4 was caused by the ignition of 2,750 tons of ammonium nitrate, a highly explosive chemical compound commonly used as agricultural fertilizer but also sometimes for mining explosives, which had been kept at the port for six years.