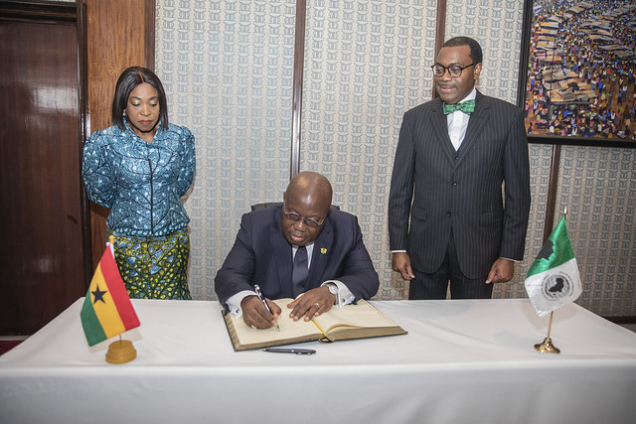 President Nana Akufo Addo has called on colleague African governments to make efforts in ending the foreign illicit financial transactions and tax indulgence by multinationals which has been denying the continent of the needed tax revenue.

According to him, the situation accounts for more than half of reported illicit financial flows globally.

Addressing the Board of Governors of the African Development Bank Group and Finance Ministers from the African continent, the President emphasised the need for African governments to take hold of growing their domestic economies without interference from external controls.

“It is time we work to address and remove the structure barriers to our development.”

“We must also deal with tax indulgence and legitimate commercial transactions by multinationals which account for 60% of the $88 billion illicit financial outflows from the continent annually, and other relationships that inhibits our development as a continent”, President Akufo-Addo explained.

Meanwhile President of the African Development Bank Group, Dr. Akinwumi Adesina, has assured the bank under his leadership will continue with many of its investments, aimed at ending hunger on the continent.

Dr. Adesina also bemoaned the negative effect of climate change on the continent and its impact on food production which has been a challenge for the citizenry.

Africa has no choice but to adapt to climate change. To support the continent in doing so, the African Development Bank has doubled its financing for climate to $25 billion by 2025.

Without any doubt, the African Development Bank is the leader on climate adaptation in Africa, and globally. The share of its climate finance dedicated to adaptation is 67%, the highest among all multilateral development banks”.

The bank is also supporting countries to insure themselves against extreme weather events, through its Africa Disaster Risk Insurance Facility.