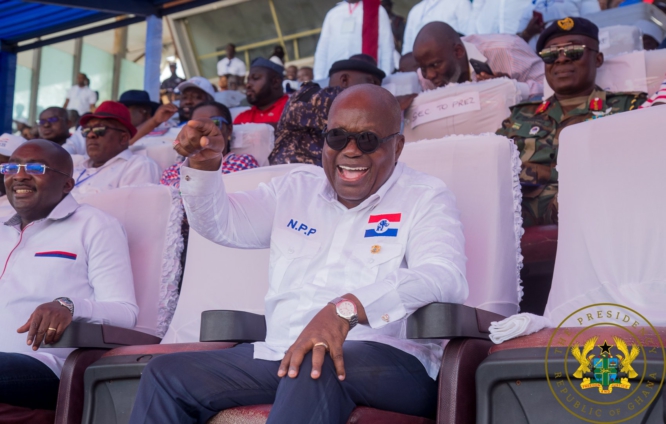 Meanwhile, the newly-elected National Chairman of the New Patriotic Party (NPP), Stephen Ntim has expressed gratitude to all party faithful for electing him to lead the party for the next four years.

He assured that as the new party Chairman, he and his colleagues “will work assiduously for the party to win election 2024”.

He has contested for the position on four previous occasions. The just-ended conference is his fifth attempt.

He however served as the party’s first Vice-Chairman between 2001 and 2005.

Mr Ntim’s first attempt to be chairman of the party was in December 2005.

His second attempt was in 2010, where he lost to Jake Okanta Obetsebi-Lamptey.

His third attempt was in 2014, where he suffered another defeat to Paul Afoko.

He again lost on the fourth attempt to Freddie Blay in 2018.

DISCLAIMER: The Views, Comments, Opinions, Contributions and Statements made by Readers and Contributors on this platform do not necessarily represent the views or policy of Multimedia Group Limited.
Tags:
Akufo-Addo
NPP
NPP National Delegates Conference
Stephen Ntim