LG has showed off a two-screened smartphone following earlier reveals by Samsung, Huawei and Xiaomi.

But while the South Korean firm's rivals have demoed hybrid phone-tablet designs that involve flexible displays and complex hinges, LG has taken a simpler approach.

It has created a second display as a detachable accessory.

The end result may look less elegant thanks to the gap between the screens, but it is likely to cost less.

The 6.2in (15.7cm) V50 ThinQ handset and its matching Dual Screen add-on both use OLED (organic light-emitting diode) technology.

At its Barcelona press event, LG suggested the two could be paired to provide: 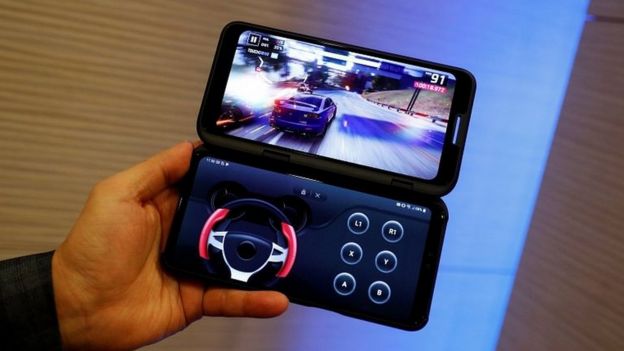 The add-on connects to the handset via three pogo pins on its rear, leaving the phone's USB-C port free.

It can be positioned at two angles – 104 degrees or flat at 180 degrees – to the main display when in use.

It can also be closed so that it lies on top of the phone to act as a protective case.

LG has yet to reveal the cost or release date of the equipment but did reveal other specs including 5G network compatibility and three rear cameras.

The announcement came at LG's press event on the eve of the Mobile World Congress trade show. 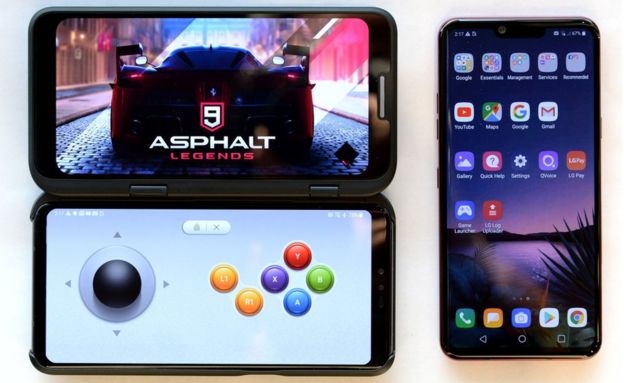 He said taking a screenshot and emailing it also worked, but after using it was "torn on if it's a gimmick or useful".

Others noted that adding the Dual Display made the phone nearly twice as thick to hold and 70% heavier.

LG had earlier said it had considered releasing a true foldable-screened phone, but had decided that it was too early to do so and that it preferred to focus on regaining lost market share. 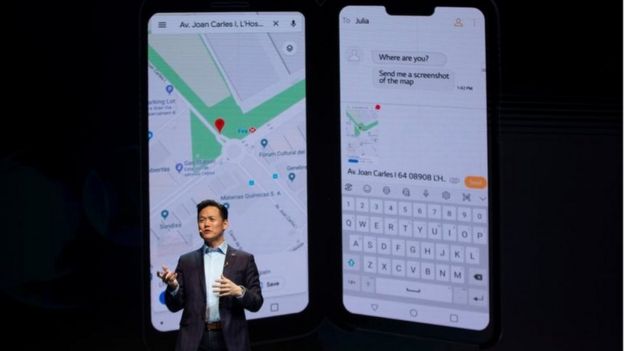 The company also unveiled the G8 – a smartphone distinguished by its introduction of a palm-scanning camera on its front.

This acts as an alternative to a fingerprint sensor, unlocking the device by tracking the blood in a user's veins via infrared light.

The owner's palm does not have to come into contact with the handset for this to work, meaning it can be unlocked while lying flat on a table without having to be picked up.