Live from the Woods: Ghana owes Mahama thank you, nothing more 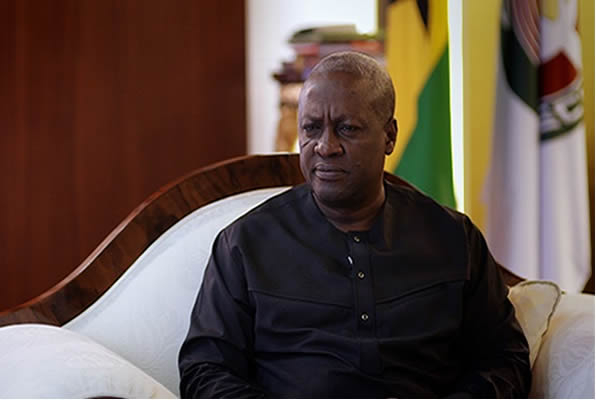 I’m unable to place the sort of good will messages coming from Ghanaians to President John Mahama.

Perhaps they’re genuine. Or another form of Ghanaian hypocrisy.

The President has lost an election governing National Democratic Congress (NDC) functionaries had lied he was coasting to victory. Communications Minister, Dr Edward Omane Boamah was all convinced that President Mahama was shooting down his opponents.

NDC did its worst to dismember the reputation of New Patriotic Party (NPP)’s Nana Addo Dankwa Akufo-Addo. A cocaine dealer who would turn Ghana into a cocaine nation, the NDC had told Ghanaians.

Yet in a stunning defeat to the NPP leader, President Mahama polled 44.40 percent of valid vote cast nearly 1 million votes short of victory. The many predictions in his favor turned out to be concocted. He lost. The margin of defeat is statistically impossible to recover.

He’s packing his properties from the Flagstaff House awaiting his official handing-over on January 7, 2017.

Suddenly, “President Mahama is a great leader,” “he really understands democracy,” and “he has served the country well.” “He is a true democrat.”

These accolades are pouring in at a time the Electoral Commission (EC) has declared Nana Akufo-Addo the winner of the presidential poll.

Do these words mean something? Are they genuine? Or the usual Ghanaian way of “don’t say anything evil about the dead?”

If Mahama is such a great guy why did he lose the election in the first place?

I am convinced these sweet words are being showered on the President because he conceded the poll, something naively seen as novelty in Africa.

Is he deserving of a special award for the gesture?

I think Mahama did what every other Ghanaian is expected to do whenever tables turned politically. No one Ghanaian should feel entitled to the Presidency. Ghanaians don’t owe anyone favors for conceding in an election.

The President, like many others prior did what was expected of him. It isn’t his birthright to be retained as President of Ghana. The country has had seven successful elections and we have witnessed power changed hands three times.

What’s happening in the country is no news. Democracy has tenets and attached to them are rules. One of them is that any political actor has to accept responsibilities for the outcome of an election.

We can't consider what’s going on in the African continent to say we’re lucky. To describe Ghana’s political system as lucky is disingenuous. It might say a lot about you, key among them is that you haven’t been here for long.

Sacrifices have been made to propel us to where we are today. We are not lucky. We’re go-getters. When we embraced our destiny and were willing to sweat and toil to have it realized, our neighbours chickened out.

It’s important we don’t encourage substandard in the governance of this country. Any party that’s given the mandate to govern Ghana signs a pact with the citizens to deliver the public goods. It also superintends over the rights of the citizens.

At any time the citizens feel their rights threatened, they wield the power to change that government. This is not done by the barrel of guns, but by their thumbs. One after the other, they will line up to unseat the government and this was the fate of the NDC.

There’s more to it if despite the extraordinary achievements of the NDC, it will be humiliated in the kind handed to its presidential candidate. Corruption and bad manners of its ministers and the President are to blame.

Warden Brannigan in Sydney Sheldon’s classic novel ‘If Tomorrow Comes’ said to Tracy a prisoner that, “There are no clocks in prison, only calendars.”

And this is what Ghanaians did. They didn’t monitor the clocks. They marked the calendars. They circled the date when they would shove away the NDC. They did.

Mahama’s concession should be everything but a novelty. Ghanaians owe him no responsibility than he does. His defeat symbolizes the severing of the relationship between the citizens and his government.

Every government must know that if it loses any election, it is its responsibility to make way for the new one. Ghana can’t be developed by one party and one government. Which is why I believe power concentrated in the hands of one political party results in bad governance and poor decisions.

We need to guard against this. There’s nothing debasing as arrogance of power. This holds true for NDC and NPP.

We thank Mahama for his service to our country, but we don’t owe him much more. It should be possible to tell our leaders that being in government service is a privilege. It isn’t their right.

Views expressed here are the Author’s and do not represent the position of management of Multimedia Group Limited.

The writer is a journalist with Joy 99.7 FM and could be reached via Brakomen@outlook.com or visit www.brakopowers.com