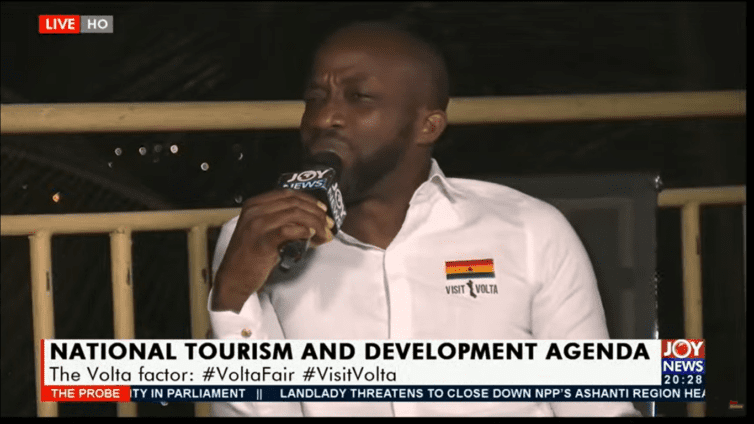 The Volta, Oti and Eastern Regional President of the Association of Ghana Industries (AGI) Dela Gadzanku, has suggested an approach that Metropolitan, Municipal, and District Assemblies can adopt to considerably reduce their dependency on the central government.

According to him, there are enough resources from which district assemblies can generate revenue to facilitate development.

Mr. Gadzanku who was contributing to the topic, “National Tourism and Development Agenda: The Volta Factor ”on JoyNews’ The Probe on Sunday, recommended that the metropolitan assemblies, particularly, could capitalise on tourism to generate such income.

“If we come and we promote local industralisation and local development, you do not need to rely on Internally Generated Funds. I have constantly said that metropolitan areas like Accra, Tamale and Kumasi and the rest should not be relying on Common Fund because the resources around them are vast.

“So why do we have to rely on central government when you have abundant resources around you,” he told Emefa Apawu on Sunday.

Mr. Gadzanku also encouraged MMDCEs to actively engage industries that are within their jurisdiction to establish relationships.

He was, however, optimistic that the confirmation of new MMDCEs, and the introduction of government’s Local Economic Development Programme, will bring some changes in the industrialisation agenda and raise more revenue for the local governments.