Luis Enrique loses his cool with a journalist after PSG hammering 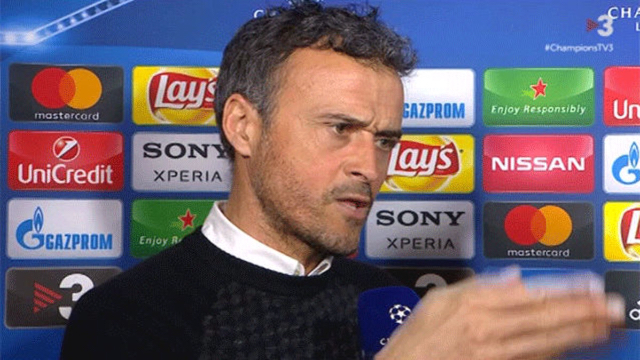 Barcelona manager Luis Enrique was visibly angry when he spoke to TV3's Jordi Grau after his side's landslide defeat to Paris Saint-Germain on Tuesday.

His face grew increasingly angry as he spoke, too, and as the questions became more crude. And he did not like it when the journalist asked about Sergio Busquets' comments about PSG's tactics and intensity being better.

"It seems to use the subject of intensity is too easy, no?" the Barça coach responded sharply.

But Luis Enrique was not done. With clear tension, as the interview finished he said: "You must not have seen the game very well, because we changed formation.

"We could have done anything today and it would have been the same. I repeat: I’m responsible for this so don’t look for anyone else to blame.

"But I don’t like the tone and I would have liked the same treatment all the times we have won, that I am getting tonight when we haven’t."