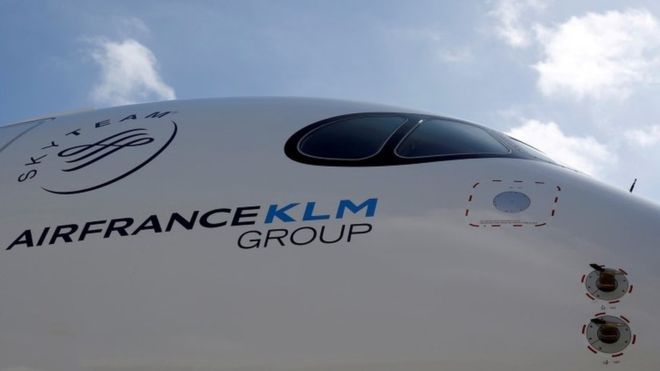 Progress towards coronavirus bailouts buoyed the shares of Lufthansa and Air France-KLM on Monday, as the protracted travel slump turned up the heat on rivals yet to secure financing needed to tide them through the pandemic.

But the coronavirus crisis risks drawing an uneven state aid response from governments, creating divisions between the haves and have-nots.

Virgin Atlantic is seeking private investors after its appeal for about 500 million pounds ($620 million) in UK aid met a lukewarm initial reaction. Norwegian Air said it would run out of cash in weeks unless creditors and shareholders approve a rescue that all but wipes out its current owners.

“From an airline perspective the COVID-19 crisis is not only ground-breaking for all but for some, terminal.”

Germany will not allow Lufthansa to be among the casualties, two ministers said on Monday.

“We want large and important companies that play a role in the world market to remain competitive after the crisis,” economy minister Peter Altmaier told public radio.

Lufthansa shares were up 7.6% in Frankfurt, while Air France-KLM’s stock was 1.7% higher as of 1343 GMT – the gains dampened by the prospect of dilution in a capital increase.

Announcing the Air France-KLM loans, with another 2 billion-4 billion euros to follow from the Dutch government, the Franco-Dutch group said it expected to raise new equity within the next year, with France likely to participate.

“The fear of such an impending raise will also act as a cap on the shares going forward,” Citi analyst Mark Manduca said.

As risks go, dilution is still preferable to bankruptcy.

Norwegian Air shareholders are being asked to approve their own near-obliteration in a rescue that leaves them with just 5% of the airline – handing 53% to leasing firms and 42% to bondholders. Its shares fell further after the plans were outlined on Monday.

The carrier, which went from low-cost long-haul disruptor to the brink of insolvency even before the virus outbreak, may still struggle to push the deal through and tap 2.7 billion crowns ($255 million) in government guarantees.