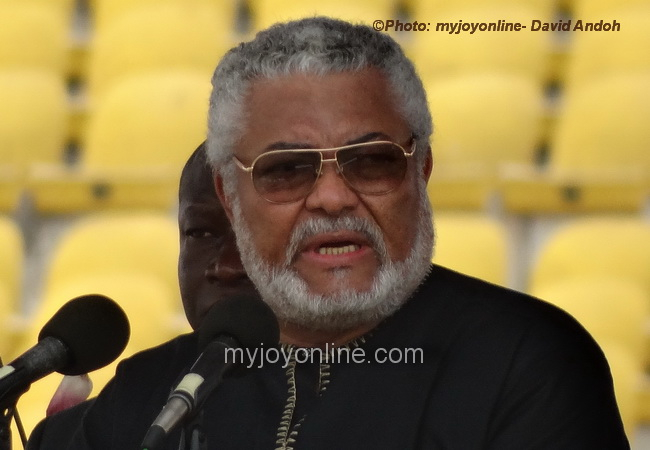 President Jerry John Rawlings' move to straighten out what he believed was wrong protocol arrangement about who was best placed to represent the President has been criticized.

Political science lecturer at the University of Ghana, Dr. Aggrey Darko told Joy News Wednesday, President Mahama can delegate “anybody at all” to represent him at a particular function.

Rawlings has been trending after he told a conference of about 300 mayors across the continent that Ghana’s Foreign Affairs minister had shown disrespect by leaving the conference after she was directed to hand over the President’s speech to the Vice-President.

A last-minute arrangement, saw Hanna Tetteh who was earlier chosen to speak replaced by the Vice-President Amissah Arthur.

The sudden change was at the behest of President Rawlings who believes it is wrong for the Foreign Minister to stand in for President Mahama when the vice-president was around.

But Aggrey Darko believes the decision of who can best represent the president is premised on a number of factors.

He said the particular meeting or the profile of the people involved or possible opportunities arising out of the meeting can influence the choice of the president’s representative.

He suggested that the meeting of mayors had its own set of opportunities presented to Ghana and that the Foreign Affairs minister may have been appropriate.

Ghana has “infrastructural gaps” and the conference could “open avenues for business transactions” between Ghana and other countries, Aggrey Darko continued.

According to the political science lecturer, President Jerry John Rawlings has teed up Ghana for international embarrassment after he exposed some behind the scenes discussion about who was best to represent the president.

According to the political scientist, President Rawlings may have divulged the private conversations “out of frustration”.

Ghana, he said is aiming to be one of the "good boys in the international system" hence such a "bizzare" incident should be avoided.

Aggrey Darko also rejects the view that the choice of Hanna Tetteh shows the vice-president has been sidelined.

“How many people talk about the vice president in the US?” he contrasted explaining that the Secretary of State is more visible in American politics than the Vice-President.