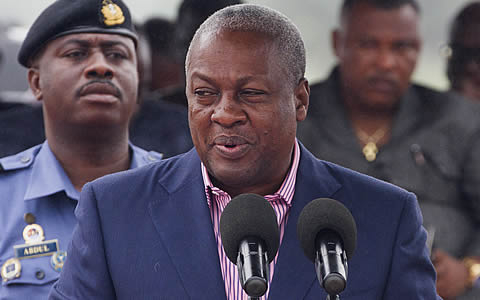 President John Mahama has broken ground for the reconstruction of the Komenda Sugar  Factory.

The Factory established by Ghana's first president Dr Kwame Nkrumah folded up in the 80s.

On Tuesday, President John Mahama announced a $36.5 million joint venture between the government of Ghana and the Indian government that will see to the resuscitation of the company.

Multi TV's Gifty Andoh Appiah who is in Komenda reported the Indian government contributed $35 million of the total sum.

The project is expected to be completed in 24 months.

Addressing chiefs and people of Komenda, the president said the project has a capacity of producing 1,250 sugarcanes out of which  125 tonnes of pure white sugar will be produced.

"It's a major integrated sugarcane project," he pointed out.

The president said the project will also produce 3 megawatts of electricity out of which two shall be used to run the sugarcane plant.

The Acting Indian High Commissioner Agamesh Kamar said the project is a symbol of Indian's strong relations it has with Ghana.

Employment  Minister Haruna Iddrisu said with the establishment of the company, there will be economic progress, socio-economic development and a patronage of made in Ghana goods.

He said the factory, when completed will make Ghana the net exporter of sugar.