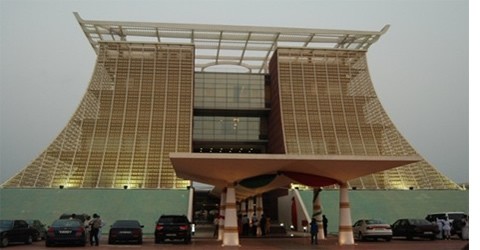 A member of the National Democratic Congress (NDC) communications team, Peter Boamah Otokunor says he disapproves of president John Mahama’s decision to relocate the presidency to the Flagstaff House.

According him, the edifice Presidential Palace has too many security risks to be used by the president.

The building, originally named Jubilee House because its construction coincided with Ghana’s 50th anniversary, was constructed under the erstwhile Kufuor government and was financed by the Indian government.

Former President Kufuor came under intense criticism mainly from leaders of the then opposition NDC who accused the government of being insensitive to the plight of Ghanaians and engaging in profligate and extravagant expenditure.

However, President John Mahama last Thursday moved the seat of government from the colonial relic, the Osu Castle, to the Flagstaff House. But some NPP officials have described the move as hypocritical.

“when we came to power in 2009, late president Mills saw that the building has a defect and huge challenges so he failed to use the building as a seat of government but housed the foreign ministry in it as a way of not leaving it to rot so why this time round? I think where the palace is situated is not good for the security of the president due to its nearness to 37 military hospital and other private institutions. Look at the busy nature of the Kanda and 37 roads, how can the president live and work under these intense pressures? I believe the president must think of leaving that building” he said.

The NDC member asserted that the status of the building does not befit a presidential Mansion so the president must reject the palace as a matter of urgency with the view of building a proper presidential palace within his tenure of office.

“If I were Mahama, I would not move into the building and if we have a reason as a country for a presidential palace, we would build a proper one. President Mahama should reconsider building a real presidential palace and relocate the seat of government there in his tenure as president”.