Mandela released from hospital after treatment 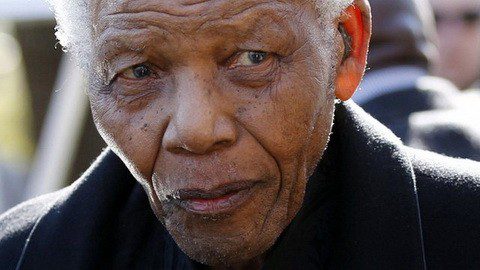 Nelson Mandela was released from a South African hospital a day after officials said the ailing anti-apartheid icon underwent treatment for an abdominal ailment.

“The doctors have assured us that there is nothing to worry about and that Madiba is in good health,” President Jacob Zuma said in a statement earlier, referring to the 93-year-old Mandela by his affectionate clan name.

Mandela underwent a diagnostic laparoscopy, defense minister Lindiwe Sisulu said without elaborating. The procedure involves inserting a camera into the body to allow doctors a look in a patient’s abdomen or pelvis.

A family member had said Saturday that Mandela had hernia surgery, but Zuma described it as a “diagnostic procedure” without providing details.

Considered the founding father of South Africa’s democracy, Mandela became an international figure when he was imprisoned for 27 years for fighting racial segregation.

He was freed in 1990, and three years later, he won the Nobel Peace Prize. In 1994, Mandela was elected president and served one term as he had promised.

Mandela last appeared in public in the closing ceremonies of the 2010 World Cup in South Africa.

He was hospitalized last year for treatment of an acute respiratory infection, and continued to receive treatment at home after doctors discharged him.

Despite his rare appearances, Mandela retains his popularity and is considered a hero of democracy.

Mandela relocated to his childhood town of Qunu last year, but moved back to his Johannesburg home earlier this year.

At the time, Zuma said the move was because the home in his boyhood town was undergoing maintenance.