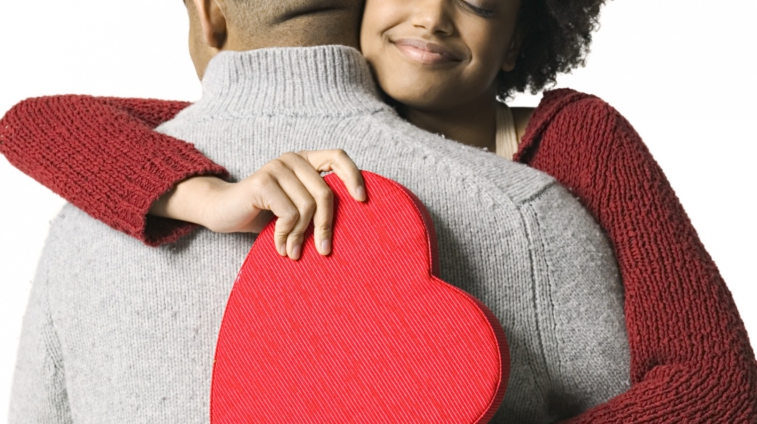 Hello! Please can you hear me? Please speak louder because there is background in the noise!

Ehern, you see why my heart misses a bit anytime Valentine’s day is approaching? I used to write Valentine’s day letters on those colourful writing pads to my girlfriend [I thought] at Mfantsiman Girls. The interesting thing was that my letters never got to her and were returned to me – back to sender. At the time, we were so used to postal addresses in Accra and always ended an address with ‘Accra’.

For example ‘C/O Mr George Adjetey, P.O. Box 10, Achimota-Accra’ or Miss Alafia Forson, C/O Alhaji Issah. P.O Box 25, Kaneshie-Accra. Being so used to this and knowing the address of Mansyte as Box 14, I would write to her: Miss Ama Adjeiwaa, Mfantsiman Girls Secondary School, P.O Box Saltpond-‘Accra’. I later got to know that it was the addition of this Accra to Saltpond that traditionally brought my letters back to me in Accra.

The post office people didn’t were not sure whether there was an Accra branch campus of Mfantsiman Girls so to be on the safer side, they returned the letters to me in Accra. I lost that girl o. The interesting thing was that I had only assumed she was my girlfriend; she never wrote to me or sent a card on such days la. After all, weytin concern beautiful Dadabee Mansyte Girl with an ugly Achimota boy!

Later, we met at the university; I was still in her but struggling just to say what I wanted to tell her. So a friend advised me to buy chocolate and send to her; she could see through it. At least the signs would be clear. I bought the chocolate and went to her all-female hall, sat with her on the bed and staring at her. Even how to give her the chocolate was a problem. See, I used to be P.O.P roff! My parents never taught me but by the grace of God, I am now a professional – insurer!  I was looking at her; she was reading her Bible. The sight of the Bible was annoying to me because me I want lov and you dey there reading Bible when it was not even a Sunday.

The bar of chocolate was still in my pocket melting after having walked in the sun from my hall to hers. We were still staring at each other momentarily. No mobile phones at the time and the few were for very rich students. Ghana Telecom booths were scarce and if you wanted to call, you have to call the comm centre of the hall to alert her that you were going to call at a certain time.

Long and short was that I went back to my room and ate the melted chocolate myself! Matter ended after the journey had started from P.O. Box 14, Saltpond-Accra! It was later that I met a jujuman who coached me. He is so good he gave super glue to my grandmother as eye drops! Simple – my grand mother can see very clearly now especially at the Awudome cemetery!

The things that people can do and still expect our ignorance to take the better part of us can be amazing. Don’t some of you go places? If I said I am going to see my jujuman, what crime have I committed making me look like I am the worst man on earth, er? The fact that some of you don’t show it, you are pure o. Meboa? Hahahahaha! The only thing is that I am yet to see a well to do jujuman!

I met one such half jujuman and half church pastor. I don’t know which one to believe. We bumped into each other at Odorna, near the clinic. Immediately the following conversation ensued:

Me: Sorry, Sir please I am looking for the place where I can buy car battery.

Fetish Pastor: Oh good but before I do that I can just see what is about to befall you

At this point the man succeeded in grabbing my attention to the extent that I forgot about the car battery. Everything he said was ‘true’, abi?

Fetish Pastor: You got a visa to travel to Canada next week Friday but please don’t go because the plane will crash.

At this point, I realised though his first tricks worked on me, this one was a fiasco.

Me: Visa?, I exclaimed

Me: But I don’t even have a passport

Fetish Pastor: Massa, give me some 2 cedis for koko and stop the too known thing! I am only referring to a spiritual visa which will come later, God willing.

Ei, I wanted to narrate the following about myself but if I say it, you would think I am bad even though I know I it’s true so I will use my best friend, Samuel Tindanbil as if he is the one. Hahahahahai…my Amega, how be you? Another stubborn reader of this column. When you told me last night that Ayi, your Mechanic had died, I couldn’t sleep.

Hope you know why. He was owing me money, in fact a refund of a useless spare part he bought to fix my motor cycle. When Ayi was alive, anytime I wanted to go for my money, I procrastinated with the hope that after all, I can get him anytime. Yes oo, procrastination and the kind of implications it has on our everyday lives!

Where was I mpo? Yes yes yes. Sammy went to see a juju man to help him eject his troublesome tenant who pounds fufu every Sunday but refuses to share it with him. Worse of all is the fact that his tenant has been disturbing him with loudspeakers blasting out reggae music making it difficult for him to sleep. According to him, nothing annoys him more than reggae music composed by Blakkrasta! Haaaa!

Jujuman: I know the problem you have come to consult me about; yes your landlord is envying you because your business is doing well

Sammy: I see. So what should I do since, I am not a tenant but a landlord

Jujuman: Yes, I mean your tenant is envying you so be careful.

Sammy: So what should I do?

Jujuman: Call the police for him

Jujuman: tell the police he is a thief and they will eject him

Sammy: But he is not a thief; he works as a Secretary to the Retired Pensioners Association at Haatso

Jujuman: then ask him to build his own house

Sammy: But he is a retiree and doesn’t make enough to enable him build a house

Jujuman: Ok, that’s where the problem is; he does not see why at his age, he’s still a tenant and you as young as you are, you are his landlord so he would kill you by all means. Call the police.

Unconvinced by the way the man was going about his ‘diagnosis’, Sammy just kept quiet for a few minutes and the man kept talking…about nothing.

So what at all am I writing here? Does it make any sense to you at all? Myself I am lost and can’t remember where the story ended!

Happy weekend to us all and remember to keep praying for everyone around you including your detractors and wish them well because whatever you wish others is what you are wishing yourself!

DISCLAIMER: The Views, Comments, Opinions, Contributions and Statements made by Readers and Contributors on this platform do not necessarily represent the views or policy of Multimedia Group Limited.
Tags:
Juju
Mawuli Zogbenu
Valentine
Valentine's day