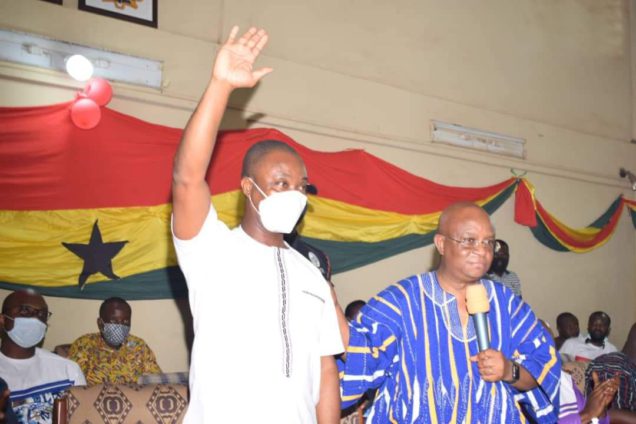 The President’s nominee for Ketu South Municipality, Maxwell Lugudor has been confirmed as the new MCE for the area with an 86% endorsement by the assembly members.

Mr Lugudor after his confirmation pledged to work hard to make Ketu South a more better and beautiful place to stay.

He noted that the Municipality has what it takes to be among the high ranks of Municipalities in the country and hopes to build on the legacies of his predecessors.

He, therefore, called for the support of the assembly members and stakeholders in order to successfully carry out his mandate.

According to Mr Lugudor, he will run an open-door policy during his turnure as MCE and bring all on board for the betterment of the Ketu South Municipality

Mr Lugudor also thanked the President for the confidence reposed in him and pledged to work hard for the total development of the municipality.

Meanwhile, the Volta Regional Minister, Dr Archibald Yao Letsa commended the assembly members for showing a good example and making the works of the President easier by confirming Mr Lugudor