Media urged to be circumspect in reporting on secessionists’ activities 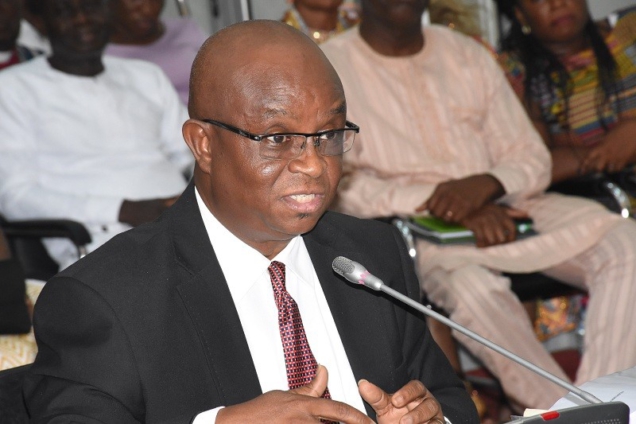 The Volta Regional Minister, Dr Archibald Yao Letsa has admonished media practitioners to be circumspect in their reportage regarding activities of the secessionists’ group.

Speaking at a News briefing on the activities of the secessionists activities in Ho, Dr Letsa called on radio stations in the region to ensure that their phone-in segments were regulated and not used as platforms to heighten insecurity in Ho and beyond.

This, he stated, “It is important for the media to exhibit a high level of professionalism in reporting on the issue to avoid fueling the situations that could be detrimental to efforts underway to address it and jeopardize the security of the state.”

He condemned some radio station hosts for reaching out to some of the known activists in the secessionists’ front to make disparaging comments, well-orchestrated to create fear and panic.

According to Dr Letsa, his reputation has been deliberately and badly bruised by the radio stations.

He, however, said that his lawyers are taking precautionary steps to correct the issue.

The Minister warned stations that allegedly allowed members of the secessionists to grant them interviews to desist from such action because it criminal by law.

“This should not be permitted on our radio and television stations, and for a TV station to air production with the people’s backs to the camera and making certain claims that cannot be substantiated is rather unfortunate,” he said.

Dr Letsa debunked reports purported to be made by alleged members of the secessionists’ group that he played a part and provided funding for some of their previous meetings.

He said that he would take legal action against anybody who came out openly to attack him on that.

Also at the event, Deputy Minister of Information Mr Pius Enam Hadzide advised media practitioners to be fair and objective in their reportage and assist the security agencies to deal with the situation for the country to be kept united for rapid socio-economic development.

He asked practitioners to take the advice in good faith, saying it was not an attempt by the government to censor the media, adding that, though the practitioners operated within their editorial discretion, national interest must be considered first.

DISCLAIMER: The Views, Comments, Opinions, Contributions and Statements made by Readers and Contributors on this platform do not necessarily represent the views or policy of Multimedia Group Limited.
Tags:
Dr Archibald Yao Letsa
Secessionist attack