Menzgold boss, Nana Appiah Mensah, is home! Due for court 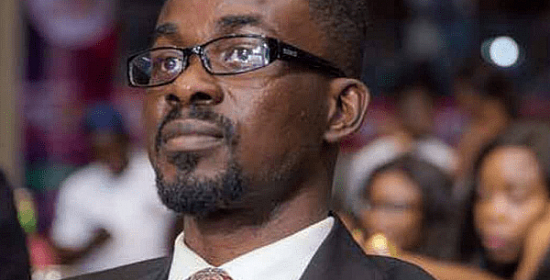 JoyNews sources say he is currently with the Criminal Investigations Department of the Ghana Police Service for interrogation.

He had been in detention in Dubai since December 7, 2018 when he was arrested in that country on charges defrauding a business partner there.

A few weeks ago, it was reported that a court in Dubai had ordered that he be paid a sum of $39 million as payment for gold Menzgold supplied to another company.

That apparently paved the way for Mr Appiah Mensah, popularly called NAM1, to come back home where he is expected to stand trial for defrauding by false pretences amongst others.

On arrival Thursday, July 11, the Menzgold CEO reported to the CID Headquarters for interrogation in preparation for his possible prosecution.

JoyNews’ Emefa Apawu reported from the CID headquarters that Mr Appiah Mensah was accompanied by his lawyers.

His family members and friends were gathering at the police station to offer solidarity, she added.

Police sources say the embattled businessman will be detained and processed for court.

He is being provisionally charged with taking deposits without a licence, money laundering and defrauding by false pretences.

Mr Appiah Mensah is expected to be brought before court on Friday, July 12.

His lawyers say he has been accorded all the courtesies he deserves.

“The Ghana police have been extremely professional, responsible, and respectful in this matter,” lead lawyer, Kwame Akuffo said.

NAM1’s arrival is likely to rekindle the hope of thousands of customers who invested huge sums in his gold derivative business and are afraid of losing their investments since the company closed down late last year.

The Securities and Exchange Commission (SEC) in September 2018 asked Menzgold to cease its gold derivative business as that amounted to deposit-taking which it was not licensed to do.

Some of the disgruntled investors have accused SEC of orchestrating the loss of their investments.

Tuesday they participated in a street protest against what organisers called hardships in the country.

They accused the government of wilfully collapsing the company together with their investment.

The investors will be watching with bated breath, how the prosecution progresses. But above all they will be praying and hoping to recoup, if not the interest, the principal sums they invested in the company.