Message from the Morning Man: Neighbours 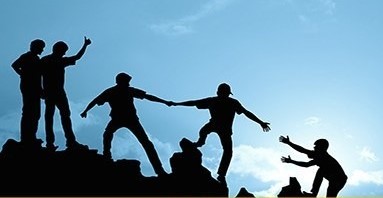 Once, there was a farmer who lived next door to a hunter. Every night, the hunter’s dogs would jump over the fence into the Farmer’s yard and attack his sheep, often wounding, occasionally killing.

The farmer would go round to the hunter’s place the following day, complaining, yelling at his neighbor, and screaming insults at him until the farmer was blue in the face, but the hunter couldn’t be bothered. The following night, the dogs would be straight over the fence and into the farmer’s yard again.

After losing one sheep too many, the farmer went up to the city to see his friend, the judge for some advice. The judge listened to his friend’s peculiar problem and gave him some peculiar advice. With a big smile on his face, the farmer returned home.

That evening, he went over to the Hunter’s home again. “Good evening”, he said when the door was opened. “I feel bad about how much I’ve been complaining lately, so I decided to make amends. Here are some pets for your two daughters”, and with that, he produced two adorable little lambs. The hunter’s daughters went crazy with excitement over their cute new companions.

That night, the hunter locked the dogs in the garage to prevent them hurting his daughters’ lambs. The following day, he built cages for them, and the farmer never had a problem with those dogs ever again.

This story is one of my favourites, because it illustrates a principle I’ve believed in all my adult life. It’s also a principle that I apply in my job everyday. Here it is: The only point of view that matters in the world is your own. And that applies to every single one of us. The reason why you don’t always have things your way is that people don’t always see things your way.

When we get frustrated, it’s easy to scream at those who we believe are causing our problems. When someone crosses you in traffic or drives recklessly, you roll down our window and yell at them. When some public figure says or does something you consider ill advised, you go on Facebook and Twitter to troll them. But you’re not alone. Everyone does it. Have you seen how footballers react when they disagree with the referee? They get so animated, violently registering their protest at the tops of their voices.

But let me ask you this: How many times have careless motorists got out of their cars to personally apologise to you for being careless and endangering your life? How many times have public figures changed their behavior because you insulted them on twitter? And have you ever seen a referee reverse his decision just because the players don’t like it?

You see, the way to get what you want in this world is not to scream at people until it’s done, but to show them your point of view – make what matters to you matter to them. It’s called influencing. And we all ought to be doing it, instead of insulting. Why do we speak up about the things we don’t like anyway? What is the goal we’re seeking to achieve?

Ultimately, would we rather not have solutions to the problems we complain about? So why don’t we complain in a way that would create the best chance that the people causing the problem will change their ways and the problem will be solved. So which approach is going to get that result: Insults or Influence?

My friend, today, I want us to focus on influencing people.  We all have problems that lie in other people’s hands to solve. But the truth is, you never should relinquish the problem-solving power to those who caused the problem.

They may be causing you difficulties, but how you react to those difficulties is what really matters. Don’t get mad. Get influential. Show them your perspective. Give them a couple of lambs of their own and they’ll soon see the wisdom in locking the dogs away.

DISCLAIMER: The Views, Comments, Opinions, Contributions and Statements made by Readers and Contributors on this platform do not necessarily represent the views or policy of Multimedia Group Limited.
Tags:
Influencing
Kojo Yankson
Message from the Morning Man