Message from the Morning Man: Slaves 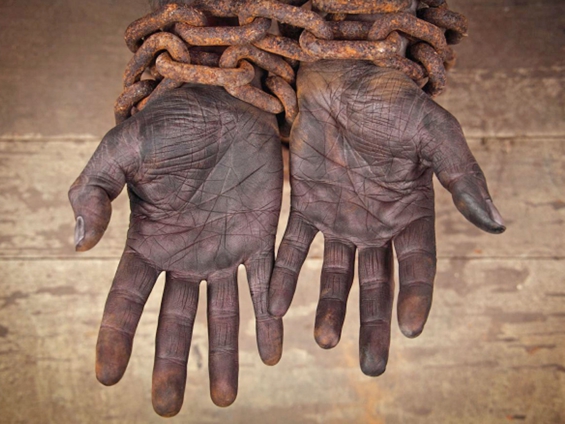 Ok, question of the day: Are you a slave?

I was in a cafe the other day, and while I was waiting for my 3 o’clock appointment to show up, I couldn’t help overhearing the conversation going on between the two ladies at the table next to mine.

The short skinny one offered her rather rotund friend a plate of cookies. She giggled and said, “No thanks, I’m on a diet…”

There was a short pause, as if the scrawny one was waiting for her corpulent companion to say something else. And she did!

With a swift lunge that belied her significant mass, she grabbed a handful of cookies from across the table, and chuckled, “Oh who am I kidding – I have absolutely no self-control!”

And with that, they both burst into squeals of East-Legon-accented laughter,

I just sat quietly, smiling into my Smoothie, thinking, “How many times have I said, and heard others say those exact words: “I just can’t control myself”?

Or, “As for me, I know the right thing o, na my problem is the willpower to do it”.

I wonder if we realise what we are actually saying when we utter such expressions.

Saying you can’t control yourself is the same as saying you need someone else to exert authority over you. It’s like saying you don’t have a mind of your own.

Is that true? Are you really a slave to your desires? When we say we have no self control, are we confessing that we do not possess that singular thing which separates us from baser animals? Do we really have no will?

Or are we just making excuses so we can indulge in the things we know are bad for us?

You see, the truth is you DO have self control – you have just been giving yourself reasons not to use it. Let me prove it to you: Imagine you were in the middle of one of your temper tantrums. Someone at home has done something silly again, and you’re really letting them have it. Fire pouring from your nostrils, smoke coming out of your ears, you’re expressing your red-hot anger at the top of your voice, and then suddenly…

I bet it would take you less than a second to gain control of yourself and answer the door. One second, from raging maniac to gracious host/hostess. Now tell me that’s not self control.

This week, let’s break away from the chains of bad habits and destructive self-indulgence. You’re not a slave. You’re in control. Nobody decides for you. You’re the Boss. You’ll say no to those cookies. You’ll bin those cigarettes. You’ll take a deep breath and count to three instead of yelling at that reckless driver who nearly killed you. You’ll step away from the chocolate aisle and walk out of the supermarket with the toothpaste you went in to buy, and no matter how juicy and ripe it looks, you will not – I repeat – you will NOT squeeze that pimple!

My name is Kojo Yankson, and I am the Boss of me.