Message from the Morning Man: The Year of the Voice: - MyJoyOnline.com

Message from the Morning Man: The Year of the Voice: 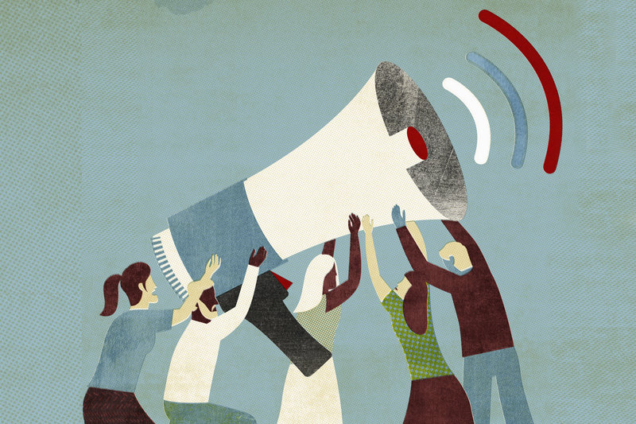 Ron walked home from work every day. It was a ten-minute walk, but he made it last an hour by going through Charlotte’s park, where he would sit on a bench by the pond for forty-five minutes, feeding the ducks and enjoying the peace and quiet. This tranquil hour was Ron’s favourite time of the day for two reasons: first, he really loved wildlife.

Something about the ducks, the squirrels and the birds he shared the green space with, just spoke to his spirit, you know… and second, it delayed his return home to his wife, Phyllis, who was louder than a convoy of ambulance sirens and could win a Pulitzer prize for nagging.

When the city council put up the sign informing residents that the park was to be shut down to make way for a new dual carriageway linking the city centre to the motorway, Ron was livid. How could they take away his hour of tranquillity? How could they make him go home early? He was going to do something about it.

The next day, on his lunch break, he marched into his local authority’s offices and demanded to speak to someone in authority. After waiting for almost an hour, he met some county council bigwig who told Ron the deal was already done. With words like “we consulted widely about this decision”, and “there are still enough parks in the city to meet our green space quota”, the County Hall mandarin dismissed Ron’s concerns.

But Ron would not take it lying down. He dug up records of all the species of birds, squirrels, badgers moles – even ants – that lived in the park. He collected documents on the fish in the pond, the ducks, the geese, the trees and the flowers in his beloved park. He then added an eloquent letter about how all that wildlife would be displaced and endangered if the authorities didn’t find a way to construct the highway around the park instead of through it.

He submitted copies of his letter and attached wildlife report to all departments of the county council – from highways to environmental protection. No doubt, they would change their minds once they saw the evidence he had painstakingly gathered.

Weeks went by and Ron got no response. He wrote to them again – this time, he hand-delivered them – still no response. So Ron decided to send one letter a day. He copied in every newspaper editor as well as every news anchor, show host and reporter he could identify at every radio and television station in his city. Every day for a month, Ron sent his letters. He would then follow up with phone calls to find out if his letter had been received, and when action would be taken on it.

Eventually, a journalist at the Evening Standard made a phone call to the county council to enquire about the claims made in Ron’s letter, and this sparked a chain reaction. First, the council wrote to Ron and invited him to a meeting. They then issued a public statement saying Environmental Protection would do a risk assessment to determine the impact of the construction on the wildlife. Two weeks later, the council announced they had adjusted their construction plans, and the park would be saved. Finally, Ron’s voice had been heard.

Now, why am I telling you this story of some middle-aged resident of the East Midlands? Well, it’s just to illustrate the power of one man’s voice.

One thing 2020 has taught me is that people do take the power of their vote very seriously. They wait quietly for four years to tell their government what they think of them, and when they do so, they want their voice to be heard. After all, they’ve waited four years to use it.

The thing is, elections are no the only times when you have a voice. You don’t only get to wield power once every four years as part of some collective group of 13 million voters. No, you have a voice every day of every week of every month of every year between this past election and the next. Also, you really don’t need to be part of a demonstrating mob to have your voice. One man can change things just by using their voice loud enough and long enough.

So what is bothering you, my dear friend? Is it the lack of streetlights in your area? Is it the poor roads? Is it bad service from that restaurant you went to? Is it the ECG? Is it the decisions your MPs are making on your behalf? It doesn’t matter what it is. This year, I want you to shout about it over and over again until it is sorted. Yes, you’re only one person, and no, you’re not a celebrity with a million followers who would happily retweet your farts if you had the bad sense to share them. But you don’t need any of that to make a difference. Remember Ron? He wrote one letter a day until he was heard. So keep tweeting your thoughts daily. It’s not enough to tweet once about your grievance. Keep hashing that tag until everyone get on it. Tweet everyday until the revolution comes.

And if you don’t tweet, write. Make phone calls. Go to their offices and wait to see them. Whether it’s a politician or a church leader, or a police commander – you alone and your persistent voice can turn every situation around.

Here on The Super Morning Show, we believe in starting every new year with a conviction to do one thing – just one thing, but to do it well and consistently, until we see its positive impact our lives. We’ve had the year of DIY, and the year of Solutions. Let’s make 2021 the Year of the Voice.

My name is Kojo Yankson, and it takes only one match to light a thousand candles.