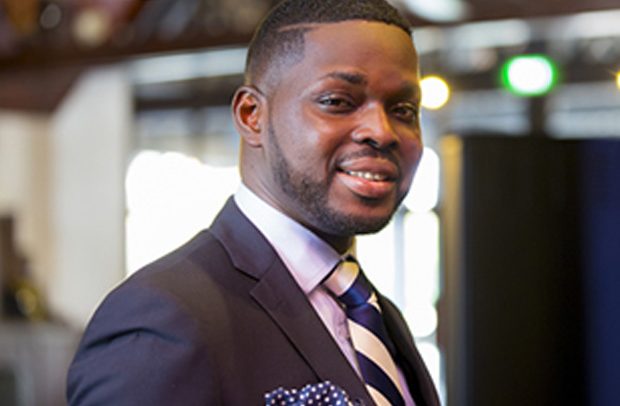 Last night, I didn’t sleep much. I was in a rather long Zoom meeting, trying to learn all I could about mobile money taxes. Zoom is an amazing thing, isn’t it? Its popularity has skyrocketed during this COVID 19 pandemic, but it was actually created in 2013.

And that to me, is the most amazing thing about this app that is now a part of almost everyone’s reality – the fact that it did not exist before January 2013.

I don’t know if I am properly communicating the significance of what I am saying. Before January 2013, this organisation that connects people across the world in seconds at the click of a button – this company that is now worth more than the world’s 7 biggest airlines combined – DID NO EXIST… until one guy had an idea.

Yeah, just an idea. As recently as January 2013, Zoom was just an idea in the mind of a Chinese-American tech guy. This guy then took this idea – this intangible thing that did not exist – and turned it into a multinational conglomerate that is worth over 42 billion US dollars. He made something out of nothing.

I bring this to our attention because of how recently it happened. Less than ten years ago, Eric Yuan, the founder of Zoom, had nothing. No product, Today, he is personally worth over 7.5 billion US dollars. – and he made 6 billion of it in 2020 alone. Just think about that for a moment, ok?

If someone came to you today and told you 9 years from now, you will be a billionaire, would you believe them? You would probably look at your present circumstances and laugh in the person’s face. But this is the reality about the infinite potential that God has endowed you with.

The Bible tells us in Genesis of how God made the Heavens and the Earth in the beginning. Chapter 1 Verse 2 says the world was “empty and without form”, before God, with his immeasurable power of creation, brought everything on Earth into being, starting with light, and ending with Man and Woman.

Now, the Bible also says we were made “in His own image”, which means we were also made with the ability to create – to make something out of nothing.

None of these visionary – and now ridiculously wealthy – innovators knew at the beginning of their Year Zeros that they were about to become successful. But not knowing certainly did not stop them from creating.

So today, my message is quite simple: do not let uncertainty block you from your glorious destiny. Many millennia ago, God created you in His own image. Since then, He’s just been waiting for you to choose your Year Zero.

I know how daunting it can be when you assess yourself and realise you have insufficient resources, insufficient knowledge, insufficient time to start pursuing your dreams and turning your ideas into a business.

But I need you to remember that God took emptiness and turned it into Earth – and like i’ve said a dozen times already, He made you in His own image – so even if your circumstances are “empty” and your vision is “without form”, you need to take that kernel of an idea you’ve been growing on the back of your mind, and start creating.

My name is Kojo Yankson, and I can create something out of nothing, so I’m creating my Year Zero out of 2022.

DISCLAIMER: The Views, Comments, Opinions, Contributions and Statements made by Readers and Contributors on this platform do not necessarily represent the views or policy of Multimedia Group Limited.
Tags:
Kojo Yankson
Message from the Morning Man
Year Zero