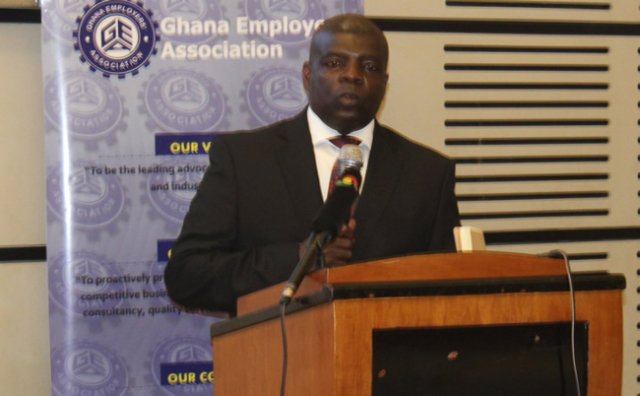 The Ghana Employers Association has urged the Tripartite Committee to peg the minimum wage rate at a reasonable percentage for businesses.

According to the Chief Executive of the Association, Alex Frimpong, businesses would collapse if the increment is such that they cannot afford.

Speaking in an interview with Evans Mensah on Newsnight, Monday, Mr. Frimpong explained that it would be difficult for employers to support compromised percentages which could collapse businesses.

The tripartite committee, made up of government, organized labour and employers are meeting to conclude negotiation for salary adjustment ahead of the May Day celebrations.

But as the economy struggles, labour unions are demanding appropriate salaries to cope with current conditions.

Meanwhile, organised labour has demanded that government sets the minimum wage for this year to not less than the 19% inflation rate.

Last Thursday, the General Secretary of the Trades Union Congress, Dr Yaw Baah, announced this at a labour forum in Accra.

“We are going to make sure that minimum wage for workers for this year should not be below inflation, and this would be extended to public sector workers as well, so there is a battle ahead of us, and I can see organised labour is ready to fight and we are going to do that,” he stated.

DISCLAIMER: The Views, Comments, Opinions, Contributions and Statements made by Readers and Contributors on this platform do not necessarily represent the views or policy of Multimedia Group Limited.
Tags:
Employers Association
Minimum wage
Trades Union Congress (TUC)