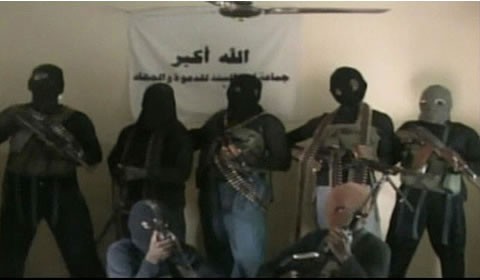 The head of Nigeria’s police has been given 24 hours to produce a terror attack suspect who escaped police custody under suspicious circumstances, a government minister said Thursday.

The fugitive, identified by police as Kabiru Sokoto, is suspected to be the mastermind of a series of deadly church bombings on Christmas Day.

The bombings were claimed by Boko Haram, a militant Islamist group frequently blamed for sectarian violence in Nigeria.

A 50 million naira ($307,000) reward was offered by police Thursday for any information leading to Sokoto’s capture and a photograph of him in custody has been distributed to all police stations in the country.

Ringim will face severe sanctions for negligence of duty if Sokoto is not found, Olubolade said in a statement.

“Anyone could be sacked, including myself,” Olubolade said.

The suspect was initially detained successfully, but he escaped when suspected gang members attacked his police escort as he was being transferred to another town, police sources said Wednesday. The sources asked not to be named because of the sensitivity of the matter.

Olubolade said he had directed that the officers involved in the transfer be immediately detained.

The police commissioner responsible for the suspect’s secure transfer is currently under arrest, according to police sources.

They named the commissioner as Zakaria Biu, who himself hails from Borno state, the hub of Boko Haram’s activities.

Jonathan declared a partial state of emergency December 31 in four northern states, Borno among them, to contain a wave of attacks by Boko Haram.

Police sources also pointed the finger at Boko Haram Wednesday for an attack on a Nigerian army outpost in Maiduguri, the capital of Borno, in which two soldiers were killed.