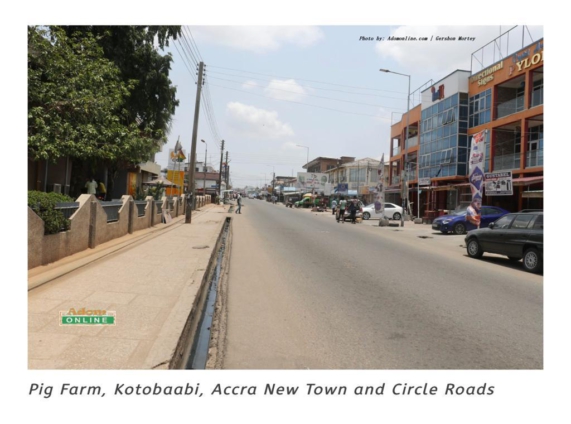 Ghanaians have expressed diverse reactions towards government’s decision to lift the ban on movement in the Accra, Tema, Kasoa and Kumasi.

Whilst others are overly excited about it, some are of the view that the country is not out of the danger zone for the lockdown to be lifted.

The President, Nana Akufo-Addo, in his 7th televised address to the nation on update of Covid-19 in the country, announced that the three weeks imposed restriction of movement in the Greater Accra Metropolitan Area [including Tema and Kasoa] as well as Greater Kumasi had been lifted.

However, residents of Bechem in the Tano South municipality of the Ahafo Region, have appealed to the President to reconsider his decision of lifting the lockdown in the affected cities.

Speaking to Adom FM’s Kojo Mframa, the residents expressed worry that the decision could result in escalation of Covid-19, the respiratory disease caused by the coronavirus, across the country.

According to them, the lifting of the restriction of movement, will allow people from other regions including regions that have recorded cases, to enter their region- which is yet to record a case- and that could endanger their lives.

“Farming and trading are our major activities here in the Ahafo Region, so now that the lowdown has been lifted, people from here will go to Kumasi, and [vice versa] and this will fuel the spread of the disease,” a resident lamented.

Although Ghana has so far recorded 1,042 cases, the Ahafo region is part of the six regions in the country that has not recorded any case of Covid-19.

Meanwhile, commercial drivers at the Kwame Nkrumah Circle in the Greater Accra Region, are also against the decision to end the lockdown.

They fear the disease could affect more people since the area is mostly congested.

“I do not support government’s decision, we should have waited for one or two weeks because, the indiscipline is too much and life is precious,” a driver told JoyNews’ Maame Esi Nyamekye Thompson.

Another added: “I think the President was forced into making this decision [lifting of lockdown], because we were complaining of hunger and others.”

However, some passengers travelling to Kumasi were excited about the directive and see it as a relief after weeks of being far from their families.

“It was tough for me here in Accra under the lockdown, I couldn’t afford to cater for myself because w,e weren’t working. But now that the restrictions have been lifted, I am going back home to Kumasi to be with my mother,” a passenger said.

“As soon as the president mentioned the words ‘lifted of restrictions’, I knew I had to travel before he changes his mind,” the passenger added.