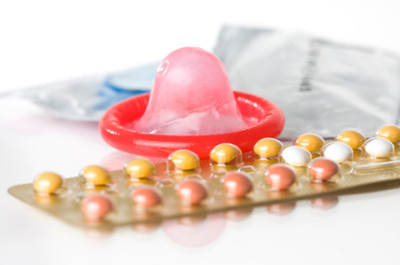 Upper East Regional Director of Health Services, Dr Winfred Ofosu, has urged health professionals to reach out to more people with information on Family Planning (FP) and to properly educate prospective FP clients before serving them.

He said there were many people who would have patronised Family Planning services to limit their birth rate, but challenges from family settings, cultural and religious organisations including; inadequate information from health service providers were preventing them from doing so.

“We as health service providers need to relook at our strategies so that we can provide clear information to the prospective clients”, he said.

He said the region had unique opportunities especially with the Community Based Health Planning Services (CHPS) where Community Health Officers visited households to educate them and erase misconceptions about birth control, for them to appreciate the role and importance of FP.

Dr Ofosu who addressed stakeholders at an FP review conference in Bolgatanga on Monday, said: “FP is a key strategy intervention for improving maternal health, particularly in reducing maternal mortality and all other disabilities associated with childbirth.”

The Director said the country needed to match its population against its resources as it developed, since managing the population within the settings of the household, community, region and country was important.

Dr Ofosu further underscored the need to consider the adolescent group in the practice of FP as the incidence of teenage pregnancy was increasing and they needed the appropriate information so that if they did not want to abstain they could be counselled and served.

The Director said in the absence of health professionals providing the needed information to adolescents, they resorted to their peers who were also ignorant, and that resulted in complications and urged health personnel to develop strategies that were friendly and could attract adolescents who may want to practice FP.

Dr Ofosu called on stakeholders in both health and education sectors to agree on the type of information that should be given to school children on FP, “so that it will not be as if health professionals influenced them to become sexually active.”

He said there was the need to share materials in terms of the information to give to school children so that stakeholders would make inputs and ensure that the information given was appropriate for the children to be able to make a decision.

Mrs Wasila Taibu, the Regional Family Planning Coordinator, said the region was not doing well in FP acceptance because from January to June this year, the region achieved 34.5 percent of acceptance rate as compared to 36 percent last year.

She attributed the non-acceptance and decline to misconceptions of the public about FP, saying many people believe that once they start practising FP, they would not be able to have children.

Later in an interview with the Ghana News Agency, Mrs Taibu said the men did not patronise vasectomy as they feared it would make them sexually impotent.