Most people commit crime due to poverty – Private Legal Practitioner 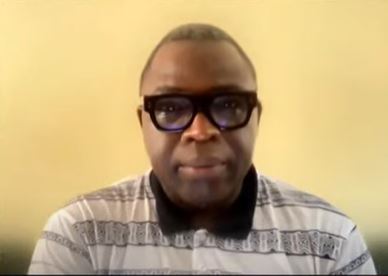 Director of Programmes, Institute for Human Rights and Development in Africa says many people are no longer committing crime just as social defiance.

According to him people who commit crimes these days are compelled to do so mostly because of poverty.

Edmund Foley posited that “as the economic circumstances become more and more difficult for the ordinary man, people are committing crimes not just as social defiance, but simply because they are too poor to take care of themselves.”

The Private Legal Practitioner, during an interaction with the host of Joy News’ The Law, Samson Lardy Anyenini, on Sunday, thus, called for the decriminalisation of certain offences, particularly those described as petty offences.

“People are going to jail because stealing is a second degree felony. Meaning that, you should go to jail for minimum three years, maximum ten years. Steal two tubers of yam and you are going to sit in prison. We need to ask ourselves as a nation why we should continue to spend that GHC1.80 for three years on that person.

Those two tubers of yam, get the person to go sweep the street or go and plant the yam back. Sort of get them to do something more productive than to incarcerate them and spend money on them in prison,” Mr. Foley suggested.

The human rights advocate added that, “we have also been thrust onto a global scene where increasingly, we are seeing economic development being linked to our legal and political development and so the question of decriminalisation of petty offences or taking a second look at our criminal justice law has come up strongly because we are seeing that crime is no longer just a matter of punishing people, but a question of life and death.

“Hence the discussion has really emerged at least over the last decade within the African Human Rights system, drawing lessons from developed countries where they are taking a second look at crime and how we deal with it,” he said.

Mr. Foley was contributing to discussions on The Law programme that centered on ‘Decriminalising Petty Offences.’

Petty offences, according to the African Commission on Human and People’s Rights, are minor offences for which the punishment is prescribed by law to carry a warning, community service, a low-value fine, or a short term of imprisonment, often for failure to pay the fine.

There have been various calls for petty offences to be decriminalised. This includes a call from the Commission on Human Rights and Administrative Justice (CHRAJ) on the government to take urgent steps to decriminalise petty offences in the country.

CHRAJ, at a national conference on decriminalisation of petty offences in Ghana, which was held in March this year, proposed that legislation should be put in place for petty offenders to be given non-custodial sentences such as community service instead of going as far are subjecting offenders to a jail term.

He asserted that petty offences are clearly colonial relics that remain on our statute books.

He, thus, stressed the need to review our laws to ensure that petty or minor offences will no longer attract custodial sentences but rather communal labour, as many Ghanaians do not want shame and embarrassment.