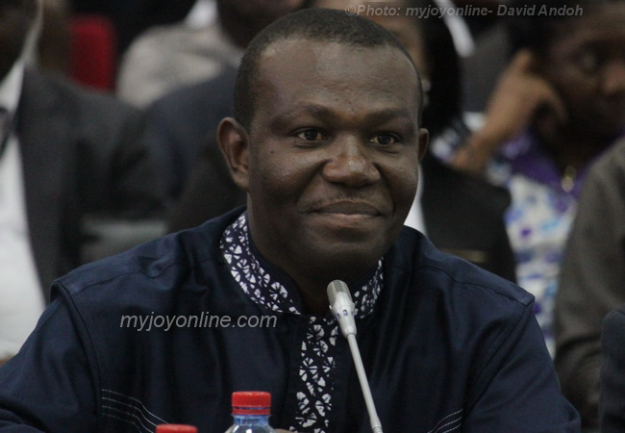 Ho West MP Emmanuel Bedzrah who feels insulted by comments made by WHO scientist Professor Alex Dodoo says Ghanaians must appreciate the fact that MPs like judges enjoy privileges and immunities.

He quoted Article 115 of the 1992 constitution which states that “there shall be freedom of speech, debate and proceedings in Parliament and that freedom shall not be impeached or questioned in any court or place out of Parliament.”

Alex Dodoo’s statement that MPs who are not informed about an Ebola vaccine trial should “shut up” is, therefore a breach of the protection granted parliament, the Ho West MP believes.

Armed with this belief, the complainant Emmanuel Bedzrah caused Parliament’s Privileges Committee to consider a case of contempt against the scientist.

At the committee’s hearing Tuesday, Prof. Dodoo’s lawyer, Yonny Kulendi rendered an apology explaining that his client did not insult the House. The World health organisation scientist is also being investigated by the committee for saying MPs' position against the botched Ebola clinical trial in the Volta region was based on misinformation.

The proceedings have been adjourned to Thursday.

Speaking to the issue, Emmanuel Bedzrah argues that just as the Supreme Court sentenced some social commentators to prison terms for comments deemed contemptuous during the election petition hearing in 2013, parliament must begin to assert itself.

Like the respect judges commanded during the hearing, parliament must exact that level of respect too, he stated.

He rejected the claim that Parliament is abusing its powers. Bedzrah says people should try and say same of the Supreme Court.

If anybody disagrees with the protective cover of the law for MPs, he should advocate for an amendment, he stressed.

The Ho West MP maintained it is about time the pubic received some education to drum home the point that “you don’t just say things about parliament” just as you couldn’t say the Supreme Court."