Much ado about nothing - MyJoyOnline.com

Much ado about nothing 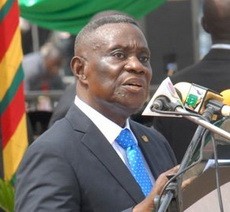 Of its many uses, I find facebook a useful source of information. Reading through my news feed, I often get a sense of what is going on around me. Sometimes, the links my friends share on facebook alert me on what is going on in Ghana, and elsewhere.

A few days ago, I saw posts from friends pertaining to President Mills. “Where is uncle Atta?” ; “Does anyone know where the President of Ghana is?”; “He is alive, and will fly out to the US tonight”; inter alia. So I wondered what was going on. It turned out (false) rumours had been making rounds about President Mills’ health.

Over the weekend, I read that President Mills was off to the US for routine medical check-up (MyJoy June 17,2012). I also read that Nana Akufo-Addo has wished President Mills well. The report indicated that Nana said he “learnt last night [Sunday] from President Atta Mills that he was on his way to the United States to see doctors for medical treatment.” For me, it was a good thing that Nana Addo wished Mills well. That was very exemplary of Nana. But some individuals would belabor this issue, saying that “medical check-up” is not the same as “medical treatment”, and that Nana had deliberately misquoted President Mills. Why is that distinction important? My conviction is that the good intent of well wishes supersedes any such misquotation.

Peace FM reports that Felix Kwakye had challenged the NPP to produce the statement where Nana wished President Mills well. Felix also said that Nana’s message is “ill-intentioned and laced with mischief calculated to feed into the minds of the people that the president is sick and thus unfit to run for re-election.” Seriously? Is it wrong for Nana to wish President Mills well? My brother, if you have nothing reasonable to say, just keep quiet. Being taciturn is superior to misguided and empty garrulity!

I often enjoy reading from Dr. Arthur Kennedy. Mostly, he is objective, and on a few counts, he is biased. Altogether, I like reading or hearing from him. Arthur wants the President to release his medical records? I don’t know why he thinks that is necessary. But I know he lived in the US for a long time before “returning home to politics.” Individuals need to sign an agreement before their own medical records would be released to them or a third party. Medical records are confidential, and Arthur K as a medical doctor knows better.

During the GOP Presidential primaries, Mitt Romney was hesitant to release his tax information. Newt Gingrich readily released his taxes so as to challenge Romney to do same. Granting that medical records need to be made public, Arthur K needs to ask Nana Addo to make public his medical records, and possibly submit to a drug test. After all, we hear bad rumours and wild allegations about Nana’s drug use.

This issue about the President’s health is not new. We have all witnessed the unfortunate demise of many rather strong and healthy people over the years whilst the purportedly sick President lives on. Politicians need to get off the President’s back and concentrate their efforts on issues that make sense. In my opinion, both NDC and NPP are culpable, and should eschew this pettiness.

We have many seemingly daunting problems in this country, and our leaders and politicians owe us and posterity a duty to provide solutions to these problems. Focusing on President Mills’ health is definitely not going to solve these problems. Anyone can be sick. Stop politicizing the President’s health and focus on issues that matter.