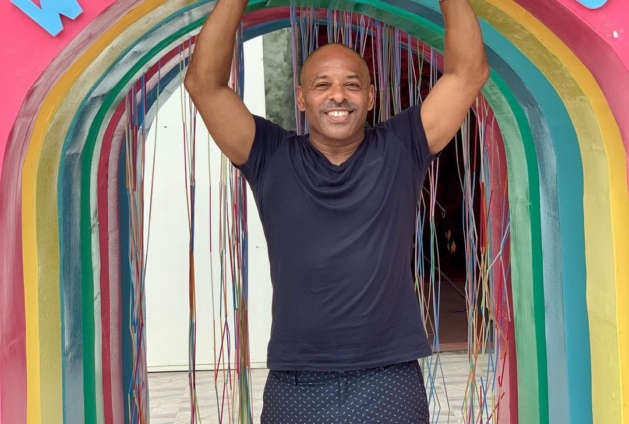 The news of his death went viral when Hiplife artiste, Reggie Rockstone, posted a picture of Rab with a prayer and heart emoji.

The DJ and producer died in the Western Region.

Rob Bakari reportedly passed away on Sunday, March 6. Many celebrities who have worked with the Producer for years were taken aback by the news.

Some of them took to Instagram, commenting on Mr Bakari’s last post. The DJ had posted a picture of himself underneath a coconut tree with a sign “The Beach” on it.

“6th March* I would rather be on ‘The Beach’ this Independence [from the goddam #British monarchy] Day. … 🌚 … 💥 …🤛🏾 #Ghana (Yessir! I’m here!) T-Shirt with the nostalgic Ghana Airways logo courtesy of: @RepublicBarGhana Socks 🇬🇭✊🏾⭐️ courtesy of: @AdinkraRepublic The #Beach courtesy of the town called #Busua + @AsaBaakoFestival 💫,” he captioned the post.

Rab has also contributed to several platforms such as Okay Africa and Africology. He has also worked for Universal Music Group (USA) for 10+ years in the past.