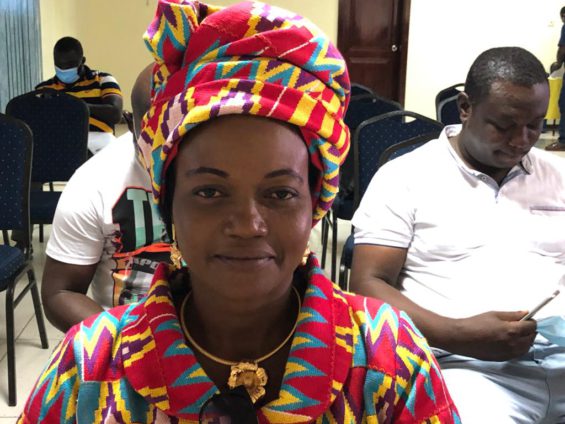 General Secretary of the Musicians Unions of Ghana (MUSIGA) who is aspiring for president under the theme; Building a Modern and a Stronger MUSIGA has announced several juicy packages for members of the Union when given the nod.

Deborah Freeman speaking at her manifesto launch hinted at over nine objectives to roll out to the benefit of all Union members.

According to the former Central Regional Secretary of MUSIGA, if she is voted for as president of the Musicians Union of Ghana, she will make the union stronger and vibrant

She explained that her administration will set up MUSIGA National and Regional Musical live bands, with sets of musical instruments, costumes, vehicles (buses and trucks), and heavy-duty standby generators for commercial purposes.

“The bands will back all artists in an initiated concerts and tours. This would also be a revenue stream for the National and Regional offices of the Union,” Mrs Freeman said.

Madam Freeman added that she will establish rehearsal and Recording Studios, TV, and Radio stations.

Under this, the aspirant mentioned that she will secure for the head office a fully furnished rehearsal and recording studios as well as TV and Radio Stations to promote musicians.

The aspirant also promised to call for an annual delegate’s conference where the MUSIGA constitution will be reviewed in order to remove ambiguity and inconsistencies.