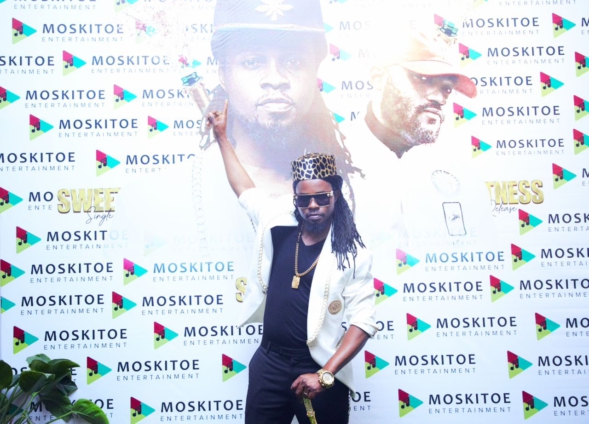 Ghanaian hip-life and reggae artiste, Natty Borax who is back in the scene after a long break has announced a sing-along challenge for TikTokers to mimic his Afrobeat single release titled ‘Sweetness’.

The ‘Asieho ho’ and ‘Tene wonsa’ hitmaker featured Chase Forever on the song which was launched barely a month ago.

Natty Borax who worked with legendary Daddy Lumba on his first album is poised to make another mark in the industry again and the world at large.

The versatile musician has prized his reward for the eventual winner at Ghc5,000.

According to a video he posted, Natty Borax wants tik tokers to sing along exactly the lyrics of his sweetness track for two minutes, tag his name and his record label (@nattyborax @moskitoeentertainment ) and then post on the app.

The eventual winner will be announced on Saturday, October 29, 2022, on his TikTok live where the cash prize will be presented.

Meanwhile, it has been explained that, if there are more than one who sings along correctly, their names will be entered into a draw for one lucky person to be picked.

This challenge according to information reaching us is to launch the lyrics of the song to the public so music lovers can understand and sing the whole song as they jam to it.

DISCLAIMER: The Views, Comments, Opinions, Contributions and Statements made by Readers and Contributors on this platform do not necessarily represent the views or policy of Multimedia Group Limited.
Tags:
Natty Borax
Sweetness