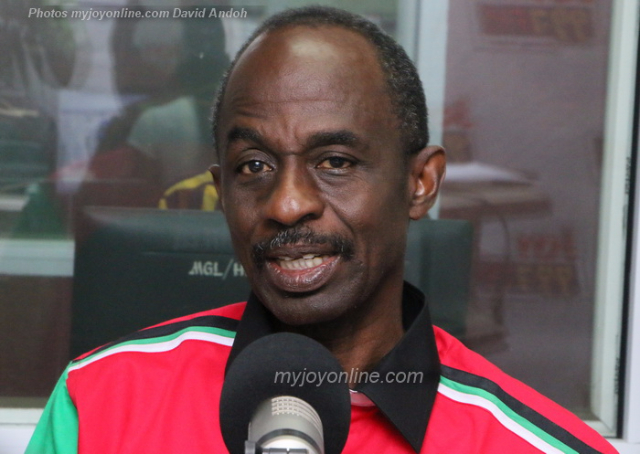 The National Democratic Congress (NDC) has asked the National Peace Council to select a venue for the much-awaited dialogue between them and the governing New Patriotic Party (NPP).

They also want the Council to serve as a mediator for the dialogue the President Akufo-Addo has requested in order for the two major parties to find a solution to the party militia menace in the country.

This is a response to a letter written by the NPP’s General Secretary John Boadu asking the opposition party to select a venue of their choice for the meeting.

While agreeing to the NDC’s request for the scope of the dialogue to be expanded to include multiple stakeholders, Mr. Boadu in that letter assured that the “NPP avails itself for this consideration at the meeting which will afford the two parties the opportunity to agree on the various stakeholders to be invited in the subsequent engagements.”

He added “the NPP proposes that this crucial meeting comes off during this week at a venue convenient to you. And so, we entreat you to as soon as possible get in touch with the Party when you find a suitable venue for this meeting.”

In their response, the NDC said “we are gratified that you have, in agreement with our view, confirmed our position that this discussion has to be a multi-stakeholder engagement.

“In furtherance to this, we have taken the liberty to request the National Peace Council to kindly exercise its statutory mandate and assume the role of Mediator in the deliberations on the above subject.

“We hold ourselves ready to meet you at any venue and date the National Peace Council may propose,” the statement signed by the party’s General Secretary Johnson Asiedu Nketia.

In an interview with Joy News, Communications Director of the NDC, Samuel Gyamfi said the party decided to call on the Peace Council to choose a venue and a date because they do not trust that the NPP will come to a place of their choosing.

He disagrees with the suggestion that the NDC’s letter – a third one – is simply prolonging the process, especially when it is getting close to 30 days since the president made the proposal for them to meet and not a single meeting has yet to take place.

“The question is who pays for that venue for example,” Mr Gyamfi said, adding “don’t you think that the NPP could have come back to us raising questions about the appropriateness of the venue?

“There is no guarantee that if we had, on our own decided on a venue and time the NPP wouldn’t have had a counter suggestion.”

Describing the need for the dialogue as a necessity, he said it was time for both parties to demonstrate beyond words and letters.

He stressed that if the issue is left to just the NDC and NPP, there should not be a surprise if it turns out to be the usual cheap political goal scoring that tends to happen when both parties talk about an issue.

He said the NDC could not have agreed on a time and venue because they cannot be judges in their own court.

“It is important for such an important national exercise to be mediated by a body which is respectable,” he said.

“The process must not be reduced to the usual NDC – NPP process,” he stressed.