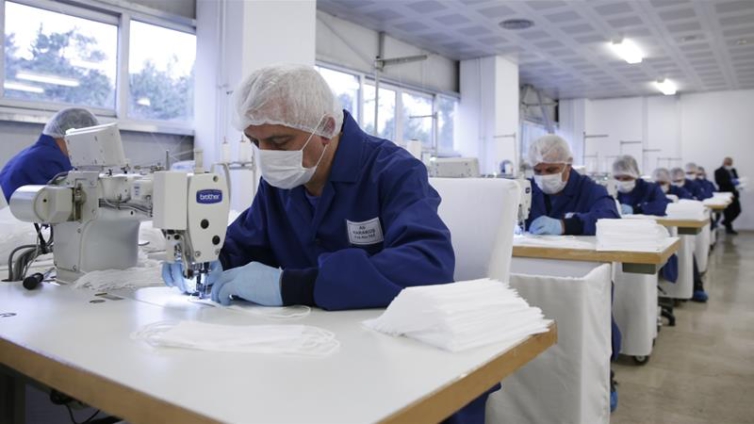 The recall concerned nearly half of the shipment of 1.3 million masks [File: Anadolu]

Dutch officials have recalled tens of thousands of masks imported from China and distributed to hospitals battling the coronavirus outbreak because they do not meet quality standards.

They received a delivery of masks from a Chinese manufacturer on March 21, the health ministry said in a statement.

The masks did not meet their standards when they were inspected. Part of the shipment had already been distributed to health professionals, the statement said.

“The rest of the shipment was immediately put on hold and has not been distributed. A second test also revealed that the masks did not meet the quality norms. Now it has been decided not to use any of this shipment,” it said.

The recall concerned nearly half of the shipment of 1.3 million masks, known as FFP2, the public television channel NOS reported.

The problem with the masks was they did not close over the face properly, or had defective filters, the station added.

The Netherlands was not the only country to raise concerns over faulty supplies from China.

Spain announced last week that it would return more than 600,000,000 rapid testing kits it had purchased from a Chinese company after testing on an imported batch revealed they had a 30 per cent detection rate, reported Euronews.

Turkey’s health minister raised similar issues during a news conference on Friday, saying rapid testing kit samples from a Chinese company did not meet the country’s effectiveness standards. He added another Chinese firm had instead been selected to provide the kits.

France’s Health Minister Olivier Veran also announced he ordered more than a billion masks, notably from China, to help the country fight the coronavirus pandemic. It remains unclear if France will cancel its order.