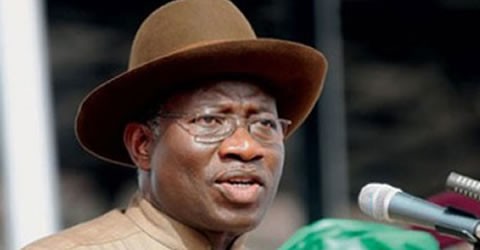 Several state governors in Nigeria have merged with a new opposition party after defecting from the governing People's Democratic Party (PDP).

Six of them say they have now merged with the main opposition, the All Progressives Congress (APC).

Correspondents say it is a blow for the election hopes of President Goodluck Jonathan and the PDP in 2015.

The PDP now has fewer governors supporting it than the opposition.

The APC was formed in February with the merger of four main opposition parties.

"After exhaustive deliberations, the two parties agreed to merge in order to rescue our fledgling democracy and the nation," said a joint statement, read out by Kawu Baraje, chairman of the splinter group.

This came a month after the PDP splinter group was formed – the seven state governors and former Vice-President Abubakar were angered after their allies were disqualified from party elections.

Allies of Mr Jonathan, who is from the mainly Christian south of Nigeria, have already started campaigning for him to seek re-election.

The PDP has won every national election since the end of military rule in 1999 – and had a tradition of alternating presidential power between north and south.

However, this was upset when Mr Jonathan became president in 2010 after his northern predecessor, Umaru Yar'Adua, died in office and he was promoted from vice-president.

He beat off a challenge from Mr Abubakar, a northerner, to be the PDP candidate in the 2011 elections, which he won despite opposition allegations of rigging.

Some northern politicians say it is the "turn" of someone from Nigeria's mostly Muslim north to be national president.