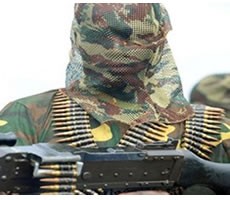 Nigeria’s army has warned thousands of Plateau state residents to leave their homes as it begins an operation against those accused of a recent spate of deadly attacks.

Some 100 people were killed recently after attacks on villages inhabited by Christian ethnic groups.

Two senior politicians then died after gunmen opened fire at a funeral for some of the dead.

A BBC reporter says thousands of Muslims are refusing to leave.

Plateau state straddles the dividing line between the mainly Muslim north of Nigeria and its largely Christian and animist south.

The militant Islamist group, Boko Haram, says it attacked the funeral last weekend at which Gyang Dantong, a senator with the ruling PDP, and state assembly leader Gyang Fulani died.

President Goodluck Jonathan has accused the group of trying to stir up violence between Christian and Muslim groups.

However, the army says the recent attacks were carried out by local members of the mainly Muslim Fulani community and it has warned residents of six or seven villages to leave their homes by Monday afternoon.

“We are telling [residents] to evacuate the areas to avoid being caught in a crossfire when the operation begins,” army spokesman Captain Salihu Mustapha told the AFP news agency.

The BBC’s Abdullahi Kaura Abubaker in Nigeria says that the majority of the villages affected are inhabited by ethnic Fulanis but they are in an area where most people are from the largely Christian Berom community.

He says that 15-20,000 ethnic Fulanis are refusing to leave their homes despite the warning, while many thousands of Berom people have already fled the area following the recent violence.

The long-standing rivalry between the two communities stems from a dispute about who are the area’s rightful inhabitants.

Thousands of people have been killed in years of attacks between the rival communities.

Analysts say tensions between different ethnic and religious groups are often whipped up by local politicians.