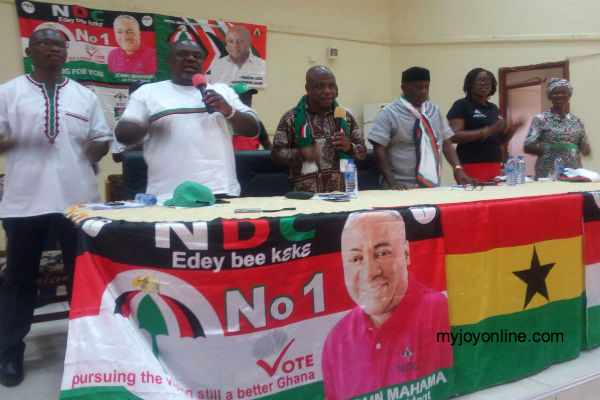 He added that the NPP’s Manifesto has nothing to be discussed.

The Volta Regional Chairman of the NDC, Gyapong Cudjoe, who also addressed the press said the NDC will rally behind the President John Mahama to win the upcoming elections.

He noted that the NDC has to be given the mandate to govern the country since according to him the NPP’s Manifesto is an empty one.

He, however, admitted that the NDC government has not fully developed the Region but was quick to add that when given a second chance the NDC will further develop the region.

“We cannot say that the entire Volta Region has been fully developed under the Better Ghana Agenda of the NDC since the days of Professor Attah Mills.

"We are more than confident that the good work that has been done should not be truncated with the change of the current leadership of the country,” he stated.

Mr Cudjoe also accused the NPP government of mismanaging resources in the Volta Region under the Kufuor administration.

He also questioned why the NPP plans to establish a middle belt development authority for Northern Volta and coastal development for the coastal part.

He said the NPP is sidelining some parts of the Region and noted that the NDC has the whole region at heart.