NSA Dep. Director: “Govt doesn’t give money. We survive by grace of God”

The team lead of Ghana's impending All Africa Games contingent has all but admitted that the government's persistent failure to provide funding leaves his outfit no choice but to rely on divine providence.

In a heated 15-minute question and answer session with host of Asempa FM's Ultimate Sports Morning Show, Saka Acquaye was almost apologetic for the pathetic state of things in the country.

The background to the discussion on Tuesday was that with just weeks to the start of this year's Games, Ghana is still hopelessly unprepared.

The government only gave out $175,000 to 16 federations two weeks ago for them to begin training. And even then, that's just 4.3% of the budgeted $4 million needed to give the country a sound preparation.

All this, despite the fact that Ghana's competitors across Africa were incentivized almost three years ago.

"We know the time of the release of the funding is bad, but what can I do?" Acquaye said, while quickly reminding show host, Benedict Mensah, that none of this is his fault.

"As Chef de Mission or team lead my job is to facilitate the collection of these monies but here is the case where the money is just not available."

Acquaye doubles as the Deputy Director General of the National Sports Authority, the umbrella body for all sporting federations in Ghana.

It is worth noting that the $175,000 released by the Ministry of Youth and Sports represents just a first tranche and the various federations fear the rest will likely not be paid, as has been the norm for years.

Professor Francis Dodoo, president of the GAA told Joy Sports recently that the released money, although welcome, is very inadequate.

"Consider that we have to buy tickets for all our athletes so late, which means we have to buy at a premium. If tickets alone go out of the way, you'll see that the money is soon almost finished," he lamented. 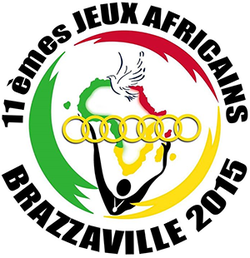 Vincent Oppong Asamoah, deputy sports minister also confirmed to Asempa FM that, of all the federations going for the All Africa Games, the GAA received the largest allocation of the funds.

"Yes, that's true because they will have the largest contingent and we shared the money based on the size of each discipline's team at the Games," he said.

But despite all these constraints, the politician is adamant that team Ghana has no money issues, and further promises that the country's athletes will bring glory.

"We have given money for the teams to train and so we are confident that we will win get a good medal haul. I believe we will do better than even the last Games in 2011," Oppong Asamoah went on, although it's clear a lack of preparation will ensure Ghana's campaign will end is disarray again.

In ending the conversation, Acquaye was asked how he's able to work with no funding to power his organisation's efforts: "We work by the grace of God".

It is not clear if the grace of God will get Ghana a better medal haul in the 11th edition of the All Africa Games which comes off in Congo Brazzaville from September 4-19.