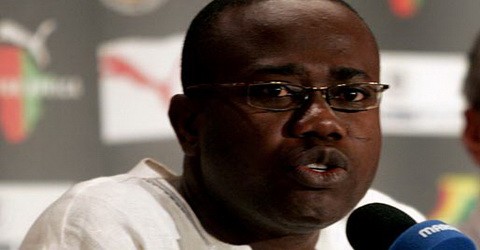 Ghana FA boss Kwasi Nyantakyi has slammed the door on any possible return of Kevin-Prince Boateng in the event the Black Stars qualify for the 2014 World Cup.

The 25-year-old shocked the entire football world in November 2011 by announcing his retirement from the Black Stars – a decision deemed by many as too premature.

The AC Milan star cited the enormous physical exertions of playing for both club and country as the reasons for his decision – reasons which appears not to have gone down too well with Ghanaians.

There have been a fuelling perception however that the former Germany youth international is only interested in playing at the World Cup – a platform that best showcases his unique qualities rather than toil with the side during qualification series to sometimes unpleasant environments especially on the African continent.

But Ghana’s FA Chief Nyantakyi admits it will be suicidal to include such a player no matter how talented he is to the side only after the team had qualified for major tournaments.

“Much as we have to uphold the rod of discipline, it is also important for us to acknowledge that in each given case, we have to consider the interest of the country,

“If it is that player that can really come and help you to win profit for the country I will want to look at it and then give the person the chance.

Boateng obtained a nationality switch just in time to feature for Ghana at the 2010 World Cup in South Africa where he undoubtedly excelled and helped the side to a quarter final finish.

His impressive showing at the mundial earned him his dream move to the Italian giants through Genoa from lowly Portsmouth who were then relegated from the English top flight.