Pappy Kojo has discovered on his Twitter account that ex-United States of America President Barack Obama is following him.

The “Aye Late” hitmaker shared a screenshot of it celebrating his milestone with his fans.

The screenshot shot was accompanied with Pappy Kojo bragging that anyone that needs a US Visa should come to him because he is cool with the ex-President.

“Guys I forgot to tell u that me & @barackobama be cool like that so in case u need a US Visa, u know who to holla,” the excited musician said. 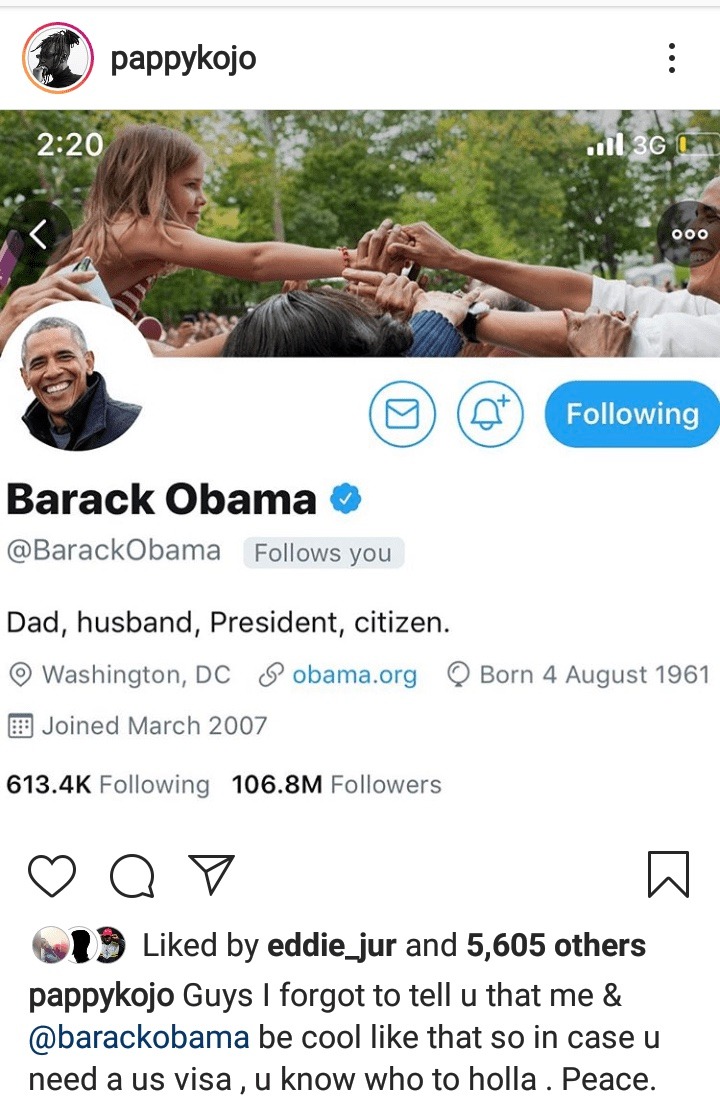