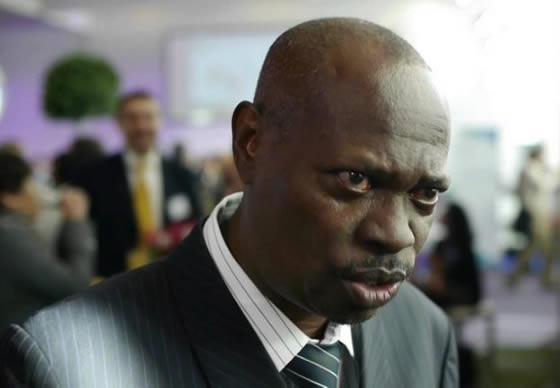 Dr Yaw Adu-Ampomah, the third prosecution witness in the trial involving Dr Stephen Opuni and one other, has said the Public Procurement Authority (PPA) was usurping its powers, when it came to be advising on purchase of agro-chemicals.

He said even though the authority advised on how bidding should be done going forward from being sole sourcing to restrictive tendering to bring out competition, there were technicalities involved in the bidding process.

Dr Adu-Ampomah was answering questions in a cross-examination led by Mr Samuel Cudjoe, the counsel for Dr Opuni.

Asked that during his first and second coming to COCOBOD, had it come to his knowledge that the only instance in which agro-chemicals were purchased through restricted tendering was upon the advice and instructions of the PPA, the witness said “all procurements done by COCOBOD whiles I was there previously or when I came again are done with the advice of the PPA.”

The Defence pointed to the witness that on the March, 5 2018, when COCOBOD applied for restrictive tendering to purchase chemicals, insecticides and fertilizers of $52 million, it applied for approval to purchase a larger quantity of these chemicals through sole source to PPA in the sum of $97,913,750 for the same 2017/18 CODATEXH HITEC programme, and the witness agreed.

He explained that “I have said there are technical issues involved, that is the reason why chemicals are tested vigorously before approval and ” my lord to produce large quantities of cocoa in a given country, if care is not taken there will be indiscriminate damage to the environment by reckless use of molecules. That is why we have to be going through all these processes.”

On insecticides, the Counsel asked the witness that he stated that the farmers preferred the chemicals that were purchase by applying for sole sourcing isn’t it and the witness agreed.

Mr Cudjoe said with fertilizers the witness also stated that these were also farmers preference and the witness agreed.

“You will agree with me that the farmers can have a preference only in respect of a chemical they have used before,” Counsel asked and the witness answered, saying sometimes farmers group could request on their behalf and that can also be classified as their preference.

He said together with the farmers and as the experiments were ongoing the farms also serve demonstration farms and example for other nearby farms.

Asked, whether the demonstration or testing of new chemicals including fertilizers are mostly done on COCOBOD demonstration farms, the witness disagreed, saying since these products were going to be used by farmers after the initial laboratory tests the field trials were done on farmers farms.

He suggested to the witness that where farmers have a preference for a particular fertilizer, they do inform the Cocoa Health and Extension Division officials, who were the officials, who distribute the chemicals on behalf of COCOBOD to farmers, but the witness said it varies.

Asked when COCOBOD wrote the letter seeking for sole sourcing, it was just a norm with respect to purchasing agro-chemicals through sole sourcing, the witness disagreed, saying there were two letters that was written.

He said one was for sole sourcing and the other for restricted tendering, which was competitive and as he said, these were all based on technical considerations.

Mr Cudjoe indicated that but the sole-sourced one was almost the double the price for the restrictive rendering but the witness said “as I have said for technical reasons as per the regulator to ensure that Cocoa Is produced without any detriment to the environment especially effects on the land and the forest.”

“And as a regulator, COCOBOD also has to ensure the sanctity of the product,” the witness added.

Dr Opuni and Mr Agongo are facing 27 charges, including defrauding by false pretences, wilfully causing financial loss to the state, money laundering, corruption by public officer and contravention of the Public Procurement Act.

They have both pleaded not guilty to the charges and are on a GH¢300,000.00 each self-recognisance bail.